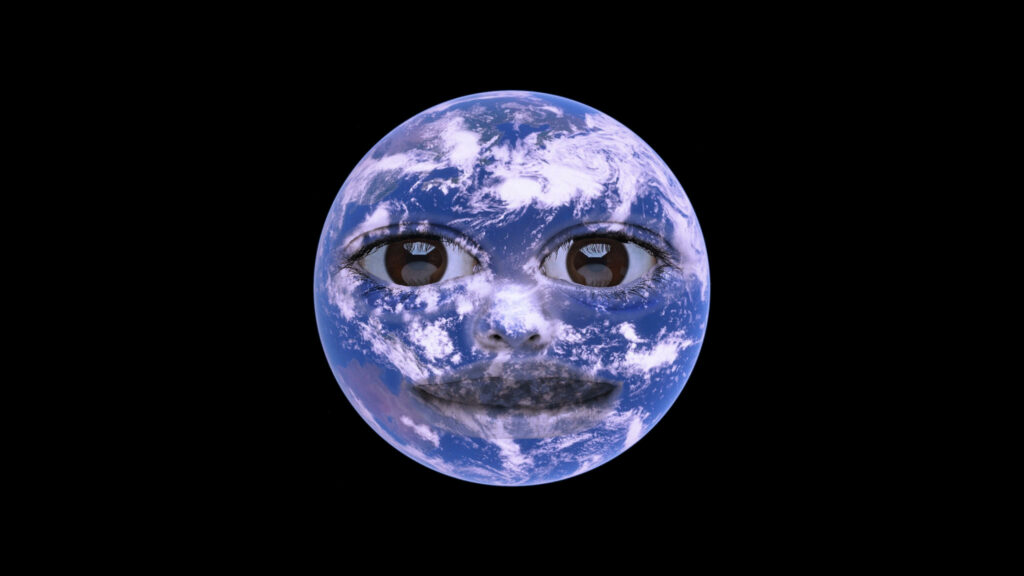 What the Sun Has Seen

Agnieszka Polska’s unsettling perspective on humanity takes the form of an animated child-faced sun with melancholy eyes. Digitally sourced images paint a frantic image of a crumbling world. From a distance, the sun jokes about environmental issues and comments on the tumultuous times in which the world finds itself.

The film borrows its title from a poem by Polish poet of the realist/positivist style Maria Konopnicka (1842–1910). The poem ‘What the sun has seen’ recounts in a childish style the quotidian, peaceful rural activities and happy family life of the nation in the countryside, as observed by the sun on its daily journey across the sky. Polska offers her own dark, ironic version of the poem, dealing with contamination by information (information waste) and the role of the ‘helpless observer’ who, like the ‘Angel of History’ in the well-known adage by Walter Benjamin, can only look at the debris piled by lived time without being able to intervene.