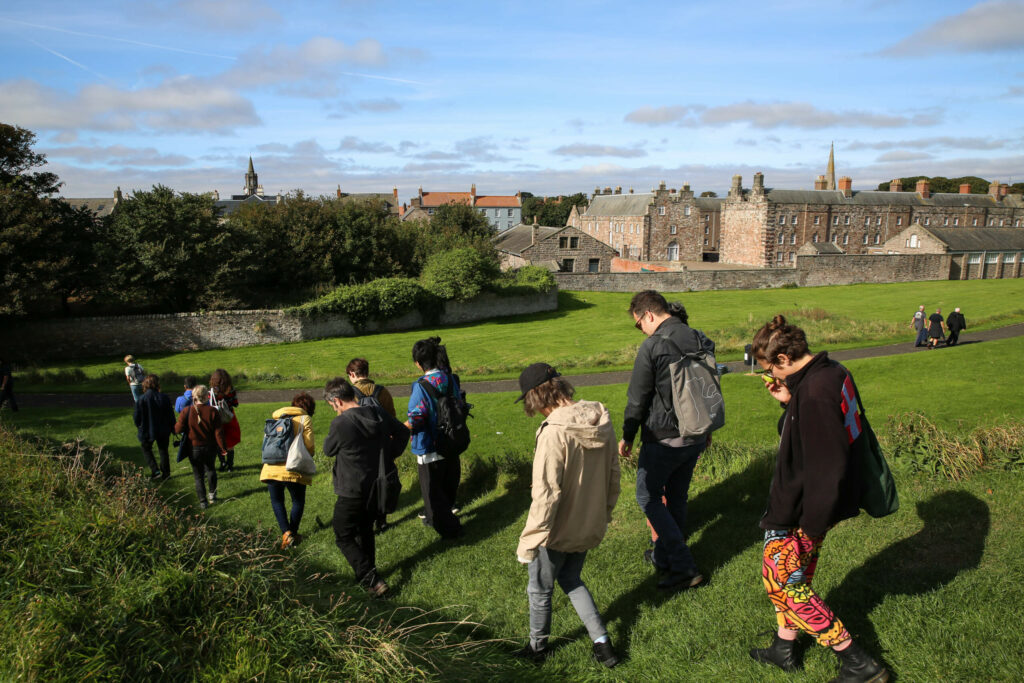 Berwick-upon-Tweed is situated in the North East of England, just south of the Scottish Border. The town has great transport links to the rest of the UK by train, bus and airline services.

Train prices from cities in the UK such as London, Glasgow, Manchester and Newcastle vary between £20-100 (return trip) and take around 45m to 3h 30m. We have listed average prices and journey times from cities around the UK below:

Edinburgh to Berwick-upon-Tweed: 40m one way and £20 return trip.

Glasgow to Berwick-upon-Tweed: 2h one way and £26 return trip.

Newcastle to Berwick-upon-Tweed: 45m one way and £20 return trip.

*based on ticket prices December 2022.

There are a number of buses from Newcastle, Durham and other towns in Northern England that go to Berwick, please see the Traveline North East website for more information and timetables.

You can also use Arrivabus to plan your bus journeys to Berwick from across the UK.

Driving to Berwick by car from cities in the UK such as London or Manchester can take between 3hrs – 6hrs and costs on average between £16-50 per passenger for fuel. You can use the following  site to calculate the length and cost of fuel for your car trip to Berwick: calculate my journey costs.

Parking is available in the town centre. Charges may apply.

If you’re planning on staying overnight in Berwick, some accommodations offer onsite parking.

We encourage visitors to use public transport or to car share where possible to minimise the environmental impact.

Getting around the town