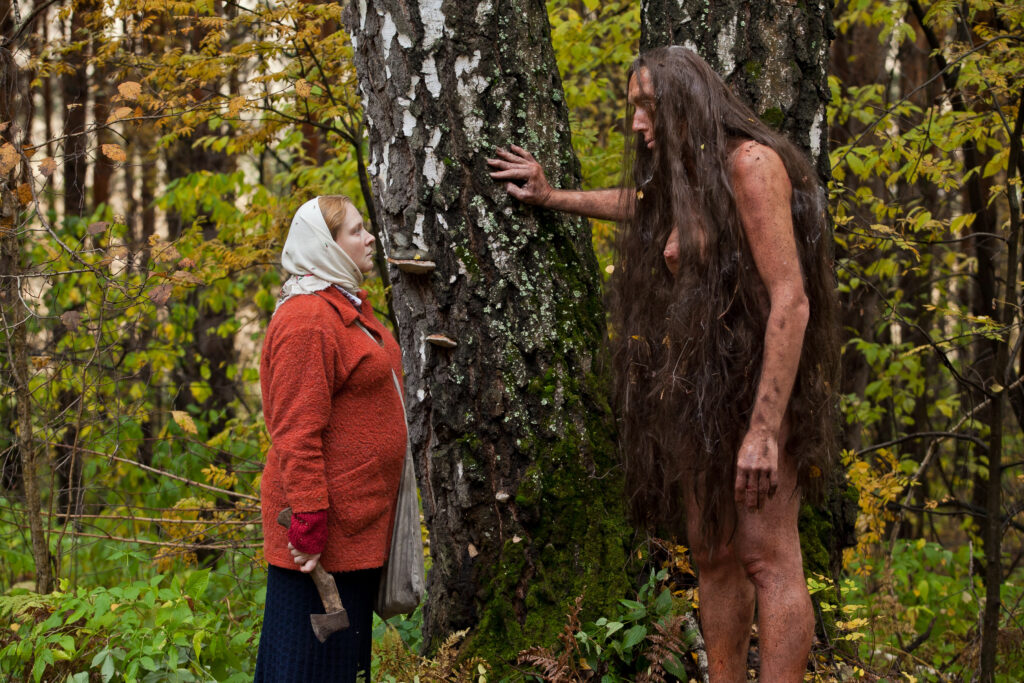 Celestial Wives of the Meadow Mari

The Meadow Mari are a Finno-Urgic ethnic group living on the left bank of the Volga River in central Russia, sometimes called ‘the last authentic pagans in Europe’. Their religion—Mari Paganism—is based on the worship of the forces of nature, and mass prayers are held in sacred groves at specific times according to the positioning of the Moon and the Sun. Mari were persecuted during the Soviet Union, but their faith has been given official status by the Russian government since the 1990s. However, some native religion believers contend that there is still a trend to Russify Mari culture and religion.