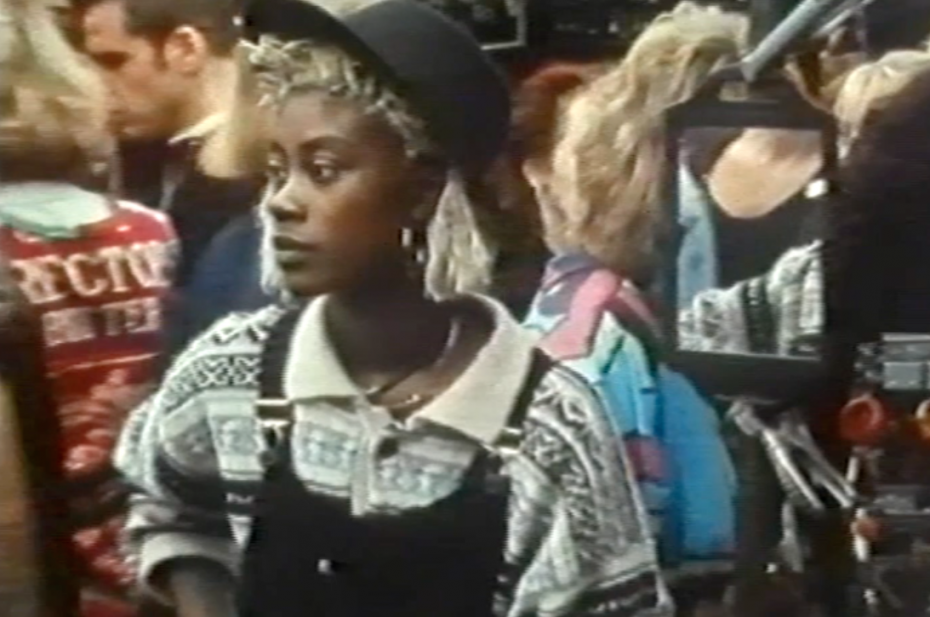 Artist, writer and curator Morgan Quaintance presents his new film Another Decade, alongside a programme of material that extends and details themes within it.

Another Decade combines archive and found footage from the 1990s with recently shot 16mm film and standard definition video. Starting from testimonies and statements made by artists and art historians during the 1994 INIVA conference ‘Towards a New Internationalism’, Another Decade ranges across diverse cultural territory, and is propelled by a sense that very little socio- cultural or institutional change has taken place in the United Kingdom since that time.

The dynamic tension explored in the work is between, on the one hand, art world actors speaking a truth to institutional power and, on the other, lived realities of London’s multiracial citizenry. Those who necessarily inhabit a centre of otherness.

These are positions that are drawn out in the selection of films that make up the accompanying programme. A suite of new works made by Quaintance—including a rumination on British Empire and the English countryside set to the words of Jimmie Durham, as well as a work examining the artist’s experiences growing up in South London—will be accompanied by several clips from a video pen pal exchange project facilitated by artist Russell Newell in 1994–95. Exchanged between kids in London and Los Angeles, the videos show participants talking about their neighbourhoods, giving tours of their schools, and discussings aspects of their culture like music, fashion and gangs.

While recent attention paid to the ’90s casts a largely apolitical view over the decade, this range of films seek to exhume evidence buried in the shallow grave of cultural amnesia of another, more political, more iconoclastic and more confrontational decade.