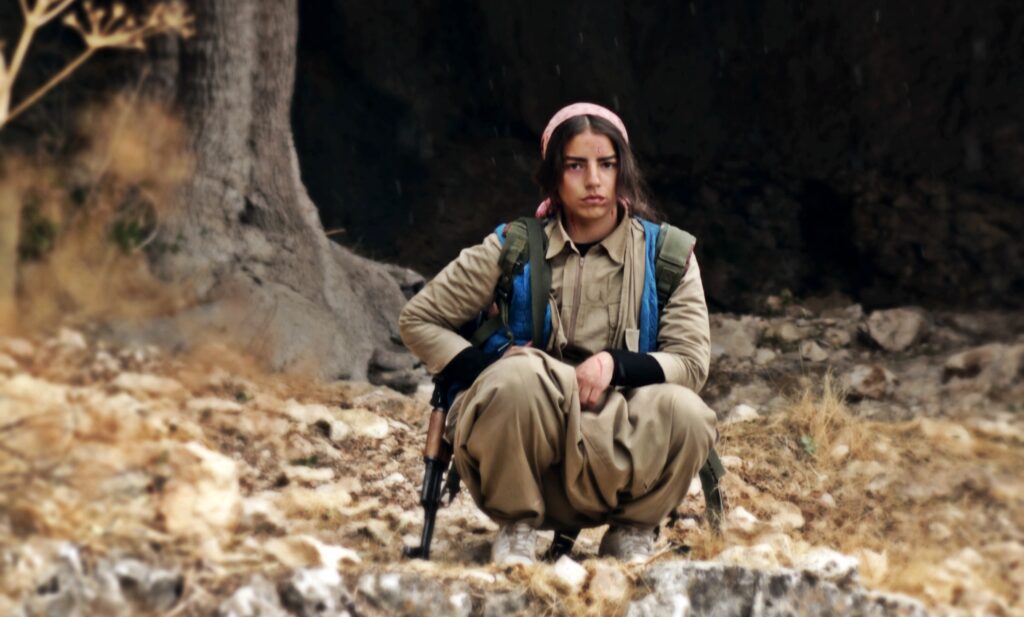 An existential thriller with touches of magic realism, Jîn follows 17-year-old Jîn, a Red Riding Hood with a fierce survival instinct. She is a freedom fighter who flees her armed organisation for reasons unknown. Jîn finds herself battling bravely through dark forests, spending solitary days in the mountains, and ultimately heading towards a city where her future is still unclear. Symbolising the complex and heated conflict between military forces and Kurdish guerrillas, the film contemplates the effect this military conflict has on the forest and mountains, including their inhabitants: animals, trees and the ecosystem enfolding them all, which doesn’t have the ability to fight back.