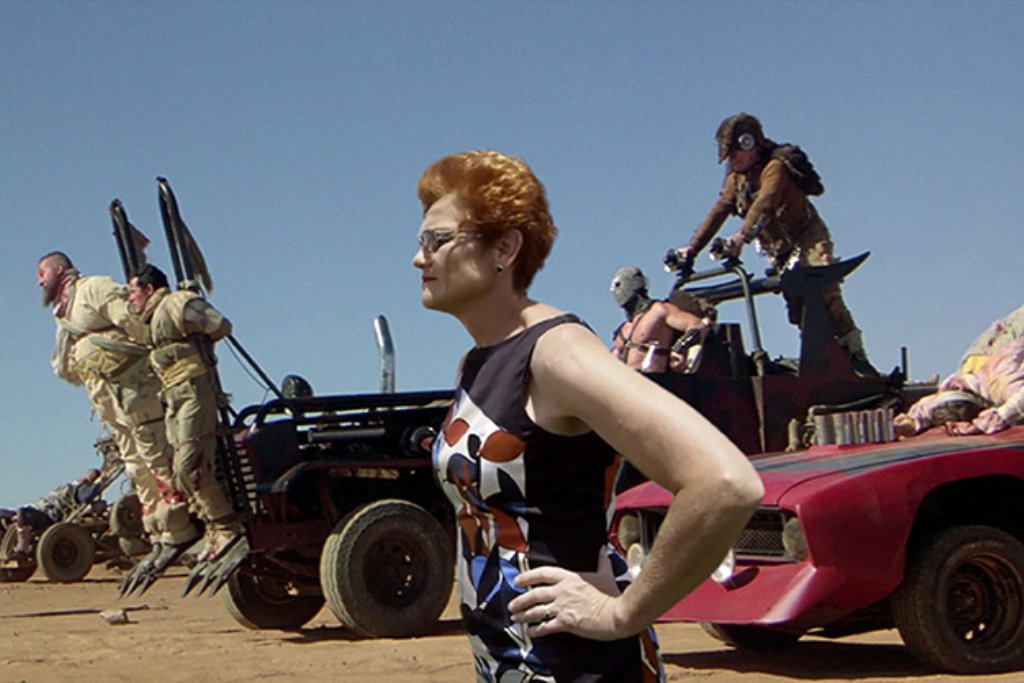 Part political satire, eco-horror and road movie, TERROR NULLIUS is a counterculture film which offers an un-writing of Australian national mythology. Using existing film footage as raw material, the project works entirely within—and against—the official archive in order to achieve a queering and othering of Australian cinema. Envisaged as ‘A Political Revenge Fable In Three Acts’, TERROR NULLIUS is a world in which minorities and animals conspire, and not-so- nice white guys finish last. Where misogynistic remarks are met with the sharp beak of a bird or the jaws of a crocodile, and girl gangs rule the highways. Within this fable, Skippy the Bush Kangaroo schools his young pal Sonny on intersectional feminism, a house is haunted by the spectre of queer Australia, the mystery of Hanging Rock is resolved and a bicentennial celebration is ravaged by flesh-eating sheep.

TERROR NULLIUS lays bare a paradoxical vision of Australia as a nation where idyllic beaches host race-riots, governments poll love-rights and the perils of the natural environment are overshadowed only by the enduring horror of Australia’s myth of ‘terra nullius’. It’s a beautiful, bloody mix of the historical and the speculative, the grindhouse and the art house. Not a definitive counter-narrative but a meticulous ramshackle of connections that delivers an open invitation to a further cultural conversation.