On behalf of our programming team Christina Demetriou, Jemma Desai, Alice Miller, Myriam Mouflih, Herb Shellenberger and Peter Taylor, Berwick Film and Media Arts Festival is proud to announce the programme of its 17th edition, taking place in Berwick-upon-Tweed from Friday 10 to Sunday 12 September 2021 and also available digitally via our website unfolding from Friday 10 to Thursday 30 September.

Still from Jordan Lord's Shared Resources (US, 2021). In a dimly lit room, a white woman with blonde hair covers her face with her hands. Her eyes appear to be closed tightly; it's unclear if she's laughing or crying. At the bottom of the screen, an open caption reads: "laughing."

The Berwick New Cinema Competition becomes the Berwick New Cinema Awards – a non competitive prize that is shared between the filmmakers. The strand encompasses a selection of work that has most spoken to our group of programmers this year and includes what we feel is some of the most distinctive works of new cinema and artists’ moving image being made around the world today. 2021’s Berwick New Cinema awardees are:

Our 2021 Focus programmes draw attention to artists and filmmakers whose work speaks strongly of, to and beyond this moment, testament to the resilience and creativity of global moving image including: 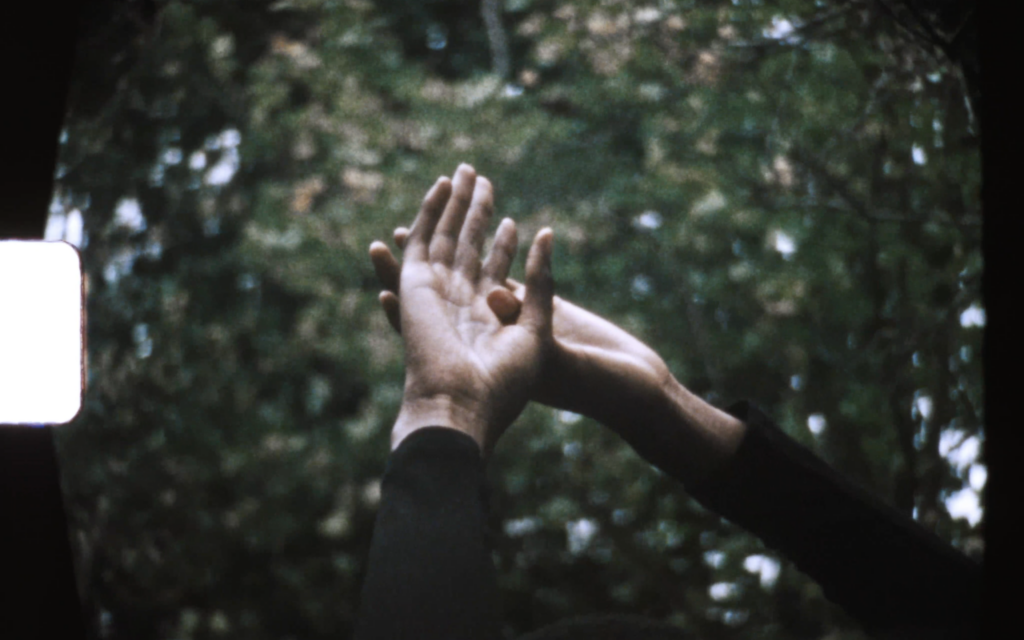 Still from Ufuoma Essi's Bodies in Dissent (UK, 2021). Caption/Visual description: A close up of a black woman's hands with thumbs interlinked raised up in the air with trees in the background.

Propositions is the Festival’s hybrid of discussion and online screenings, interactive games and performances. The artists in this strand share discoveries encountered through their research, experience and practice. With no physical exhibitions in Berwick this year, Propositions artists expansively demonstrate the possibilities of online presentation.

This year the strand includes:

Two special online commissions from artists committing to world building beyond the walls of the gallery space:

The Festival will also showcase the ongoing research and performance practices of:

Essential Cinema is our pluralist retrospective series that provides a revisionist view of what might be considered canonical works of cinema. This year our selection brings new restorations and digitisations that evoke connections between political and spiritual awakenings, taking in projects from India, Cuba, USA and Palestine.

Still from Nelson Makengo's Rising Up at Night (Democratic Republic of the Congo, Belgium, Germany and Burkina Faso, 2022). Caption/Visual description: At night, a close up of a young black boy holding up an LED torch towards the camera.

For 2021’s Work in Progress, we will focus on Congolese director and visual artist Nelson Makengo’s Rising Up at Night (2022), his feature film debut currently in production. Rising Up at Night is a co-production between Democratic Republic of the Congo, Belgium, Germany and Burkina Faso. We will discuss the work in progress while also sharing a previous short directed by Makengo as part of the Festival’s online programme.