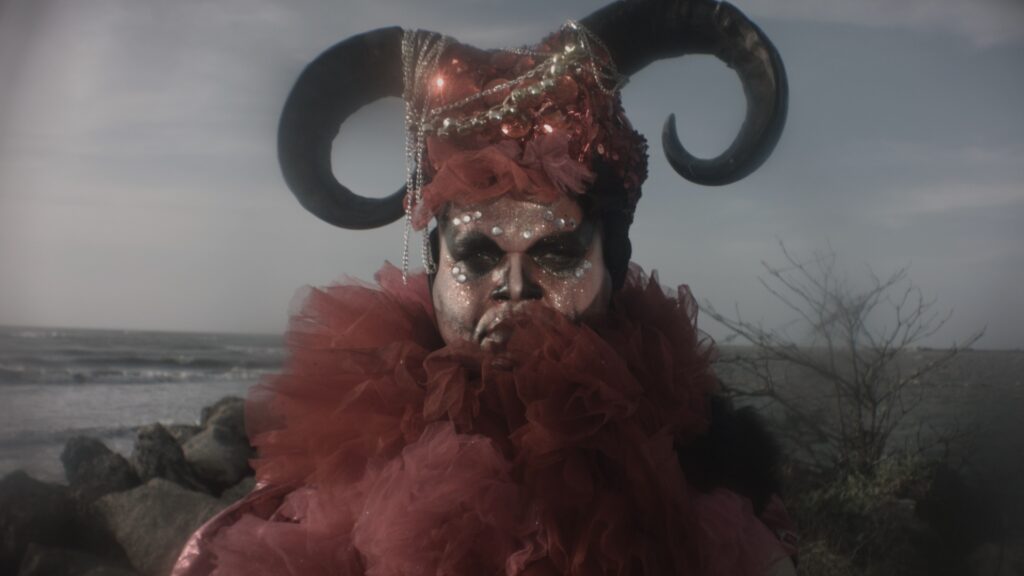 In La Nave, Colombian artist and first-time filmmaker Carlos Maria Romero (aka Atabey Mamasita) translates the meaning and spirit of Carnival de Barranquilla during a year in which gatherings were forbidden. Through clandestinely filmed performances with members of many different communities—indigenous, trans, queer, rural, Afro-Colombian and radical outsiders among them—Maria Romero recreates northern Colombia’s largest cultural event as an essayistic performance film, demonstrating how Carnival is a lifeblood to its many diverse participants.

This screening will be accompanied with an in person conversation with Carlos Maria Romero (La Nave) and will take place at The Maltings in Berwick-upon-Tweed. 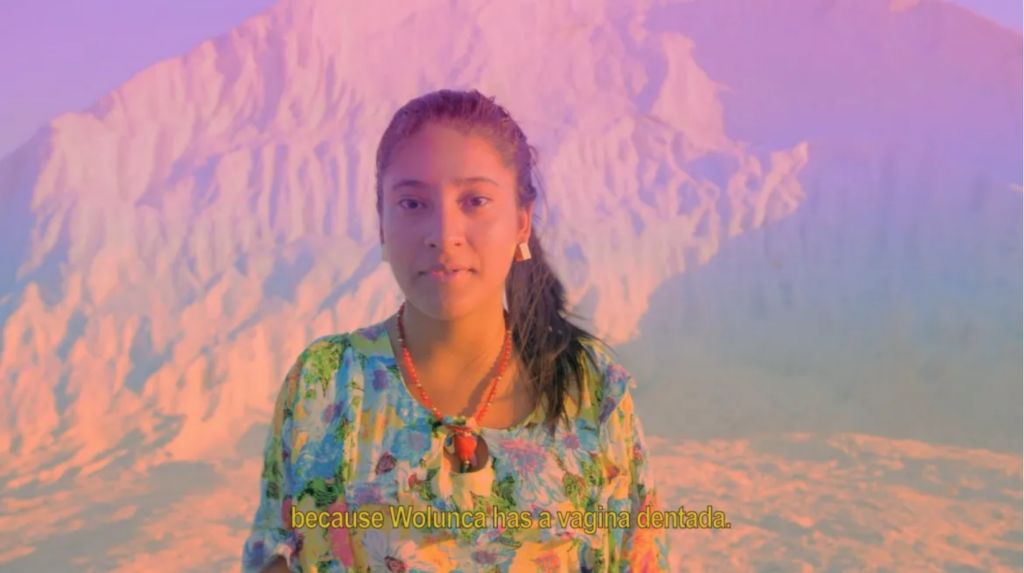 A companion piece to The Magical State, Ziruma reveals the bloody Wayuu cosmogony

Shot in Colombia, The Magical State depicts the possession of a Wayuu woman by a 40 million year old oil demon. Framed as an interrogation, an off-screen male voice challenges the woman, who gazes back directly into the viewer’s eyes, placing a curse on ‘man’, the species who have woken it from geological time. The violence of natural resource extraction—and the resulting violation of land rights—are reflected in the demon’s iridescent-coloured rage and stroboscopic movements. 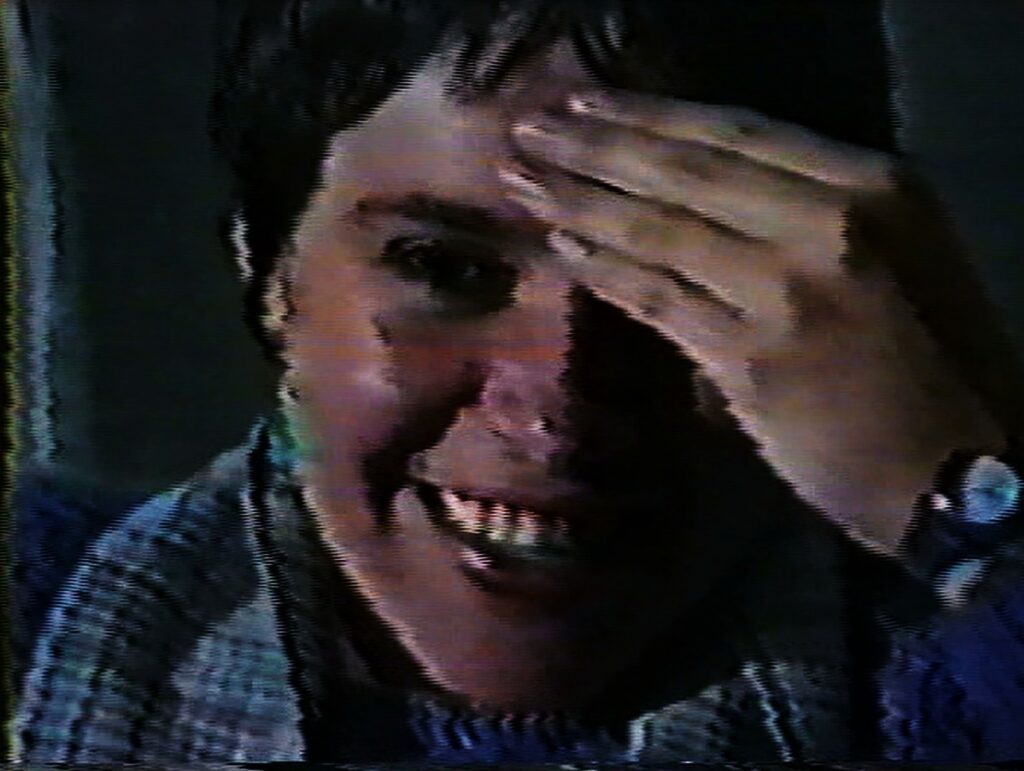 Parable of the Return

Wilson left home in Medellin (Colombia) on his way to Bogota but never arrived at his destination. Thirty years later, after peace agreements with the FARC have drastically altered his home country, he returns from exile in London to meet his family who believed him dead. Wilson’s plane journey shapes a parable inspired by a poem by (Columbian writer) Porfirio Barba Jacob. 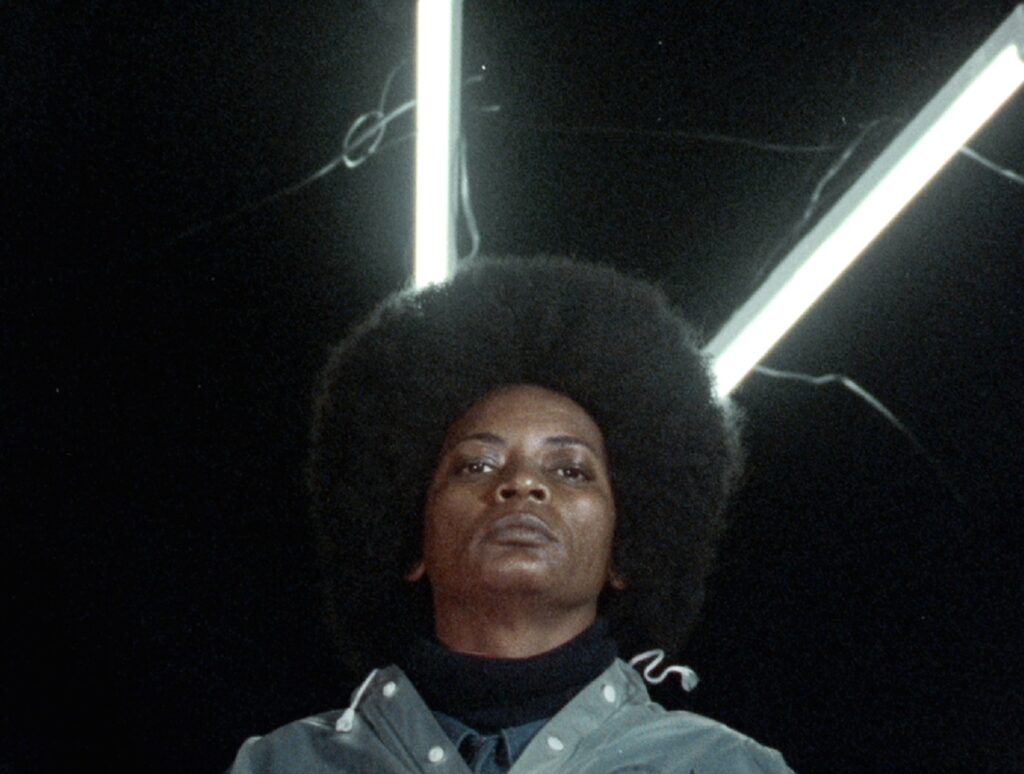