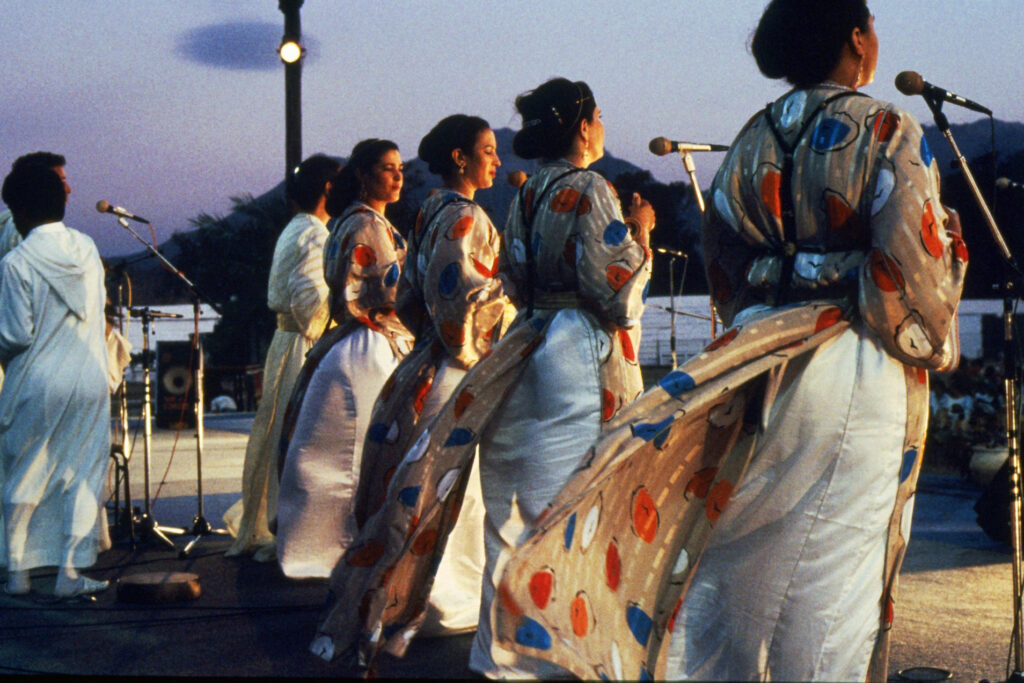 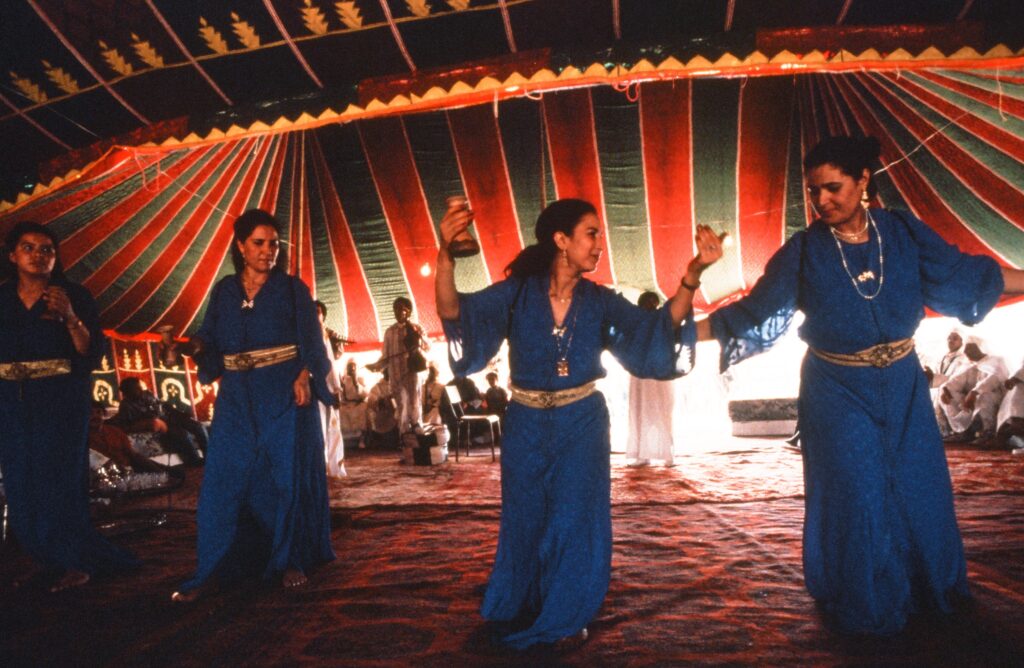 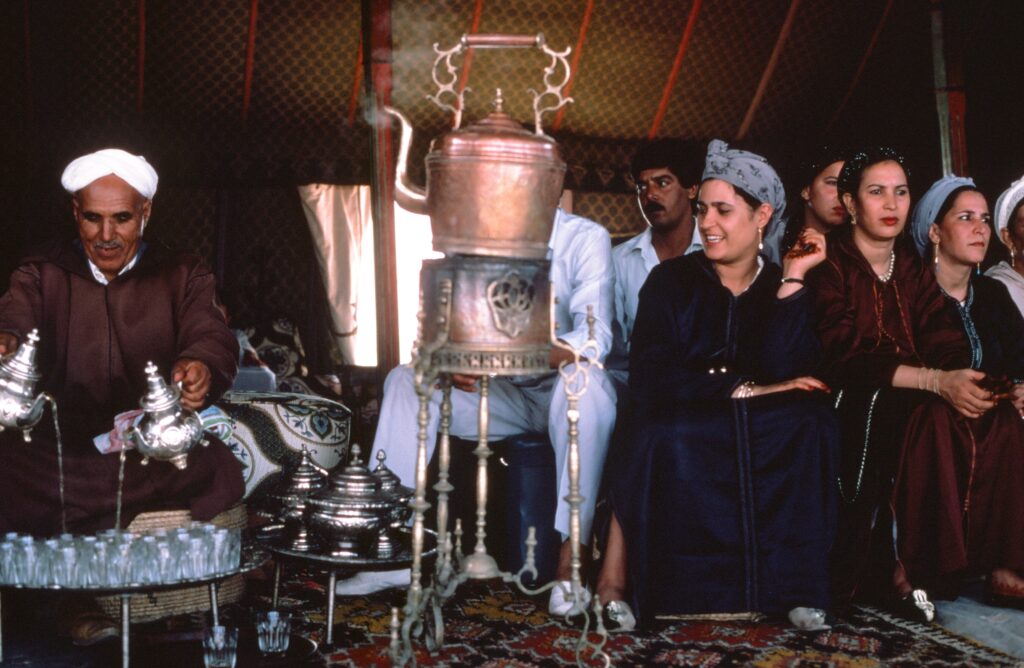 Fatna Bent El Hocine and her group of female troubadours travel through Morocco singing songs of aïta—a trance-like call and response, bringing to life tales from Morocco’s history. Génini shows the singers in moments of fantasia and celebration, but also in intimate camaraderie and reflection.

Following legendary aïta singer Fatna Bent El Hocine and her troupe of singers, this short documentary was one of the earliest works in Génini’s music documentary series Morocco, Body and Soul (1987-1992).

At the Moussem of Moulay Abdellah Amghar, a gathering on the West Coast of Morocco, generations of people celebrate their ancestral heritage in a return to the soil on which historical battles were fought. Named after the holy Moulay Abdellah Amghar, the moussem is an annual celebration where men on horses shoot rifles—a callback to a time where the land of their ancestors was protected from invaders by men on horseback. This big moussem is also well known for its night shows that last all night long. Musical performances are part of the celebration and travelling bands congregate near the coastal town of El Jadida to perform. As Génini notes in her narration, aïta “doesn’t speak of ordinary things”, and rather, “it speaks of heroes, knights, historical facts.”

Describing the singers, she says, “the cheikha is a woman who sings out with splendour and in pain.” This travelling troupe of singers voice history and legend, a public veneration of the great heroes of Moroccan history. Through a trance-like repeated call and response, the women perform an act of retelling, but also create a transcendental, almost meditative state. The performers move their bodies to the rhythm as drums beat in time.

It is in the private moments that Génini captures the inner feelings of this group of women, who speak openly about their favourite songs of the aïta genre. These are historical songs, but they are tales of women’s pain, too. Songs of heartbreak and desertion. As Dr Stefanie Van de Peer notes “Cheikhat are women with the performative power to divulge women’s secrets in public”—and it is this radical act of public feeling that makes them so engaging to watch. In their downtime between performances and between places, the group eat lunch together, swim in the sea and visit markets. It is these moments of intimacy that Génini captures so masterfully, away from the spectacle of their performances. —Myriam Mouflih