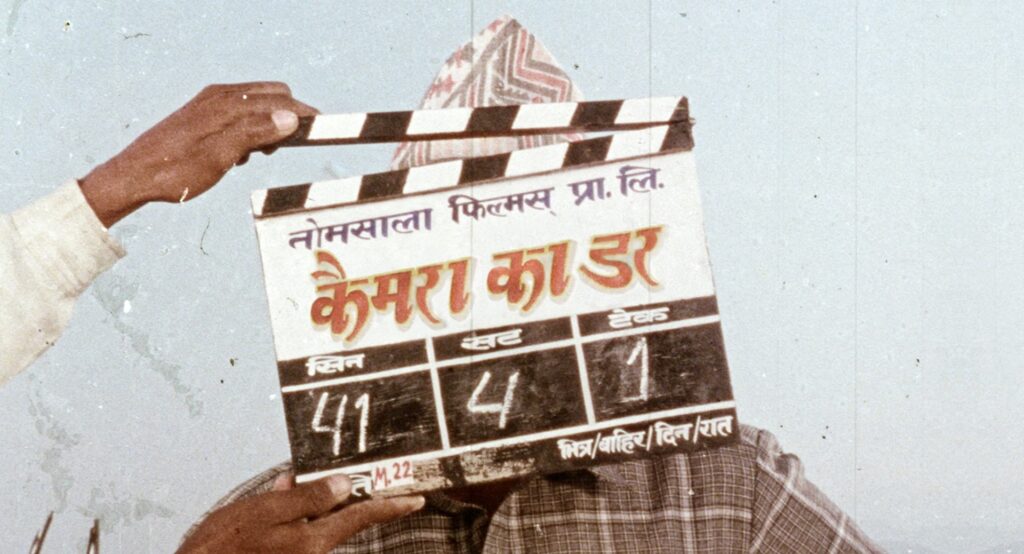 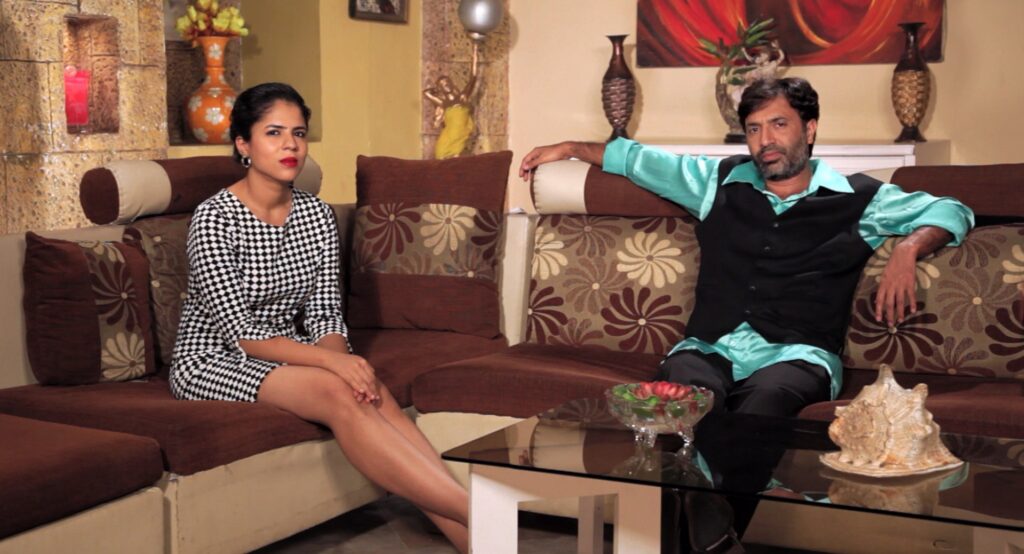 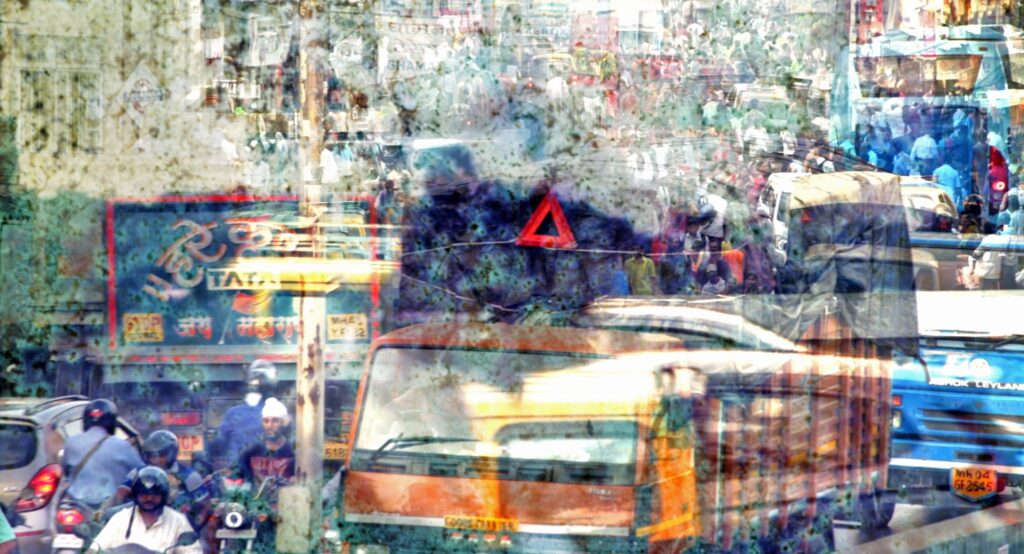 Somewhere in the dreary nooks of Mumbai’s film industry, between star-cult, superstition and daily gridlock, Camera Threat explores the ambivalent, sometimes paranoid relationship the Indian film capital has with the moving image.

On a casting couch two actors are trapped in the side effects of a world that no longer bothers to tell facts from fiction.

Camera Threat was created within the constraints of the so-called ‘Masala Formula’ popularly known from Indian cinema.