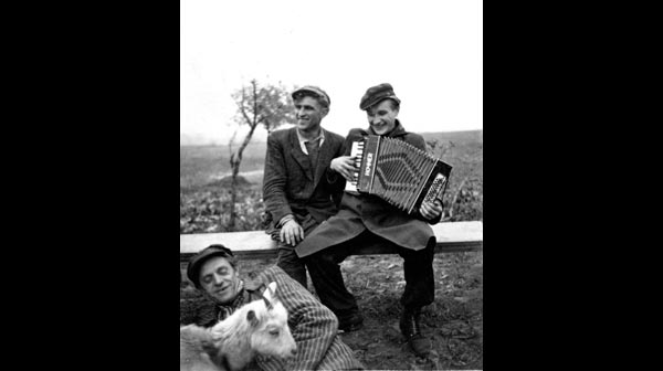 Disappearance of a Tribe

A cinematic assembly of private photographs which portray the life story of a family, depicting a common life in the Socialist era, which seems to have been totally lost.

“Disappearance of a tribe” is the continuation series of work examining the period of radical social experiment that took place in Soviet Europe in the post war period. Also it is the period when black and white photography became accessible to everyone of that society. People were relaxed with cameras, but still giving importance to the moment when a picture was taken. | “Disappearance of a tribe” is a cinematic assembly of private photographs, which portrays the life story of a family. The photographs depict a common life in the Socialist era and that experience, which seem to have been totally lost. | The artist has travelled to locations and has recorded sounds, where images where taken some half century ago. The images are accompanied with the soundtrack composed of sounds from the places.