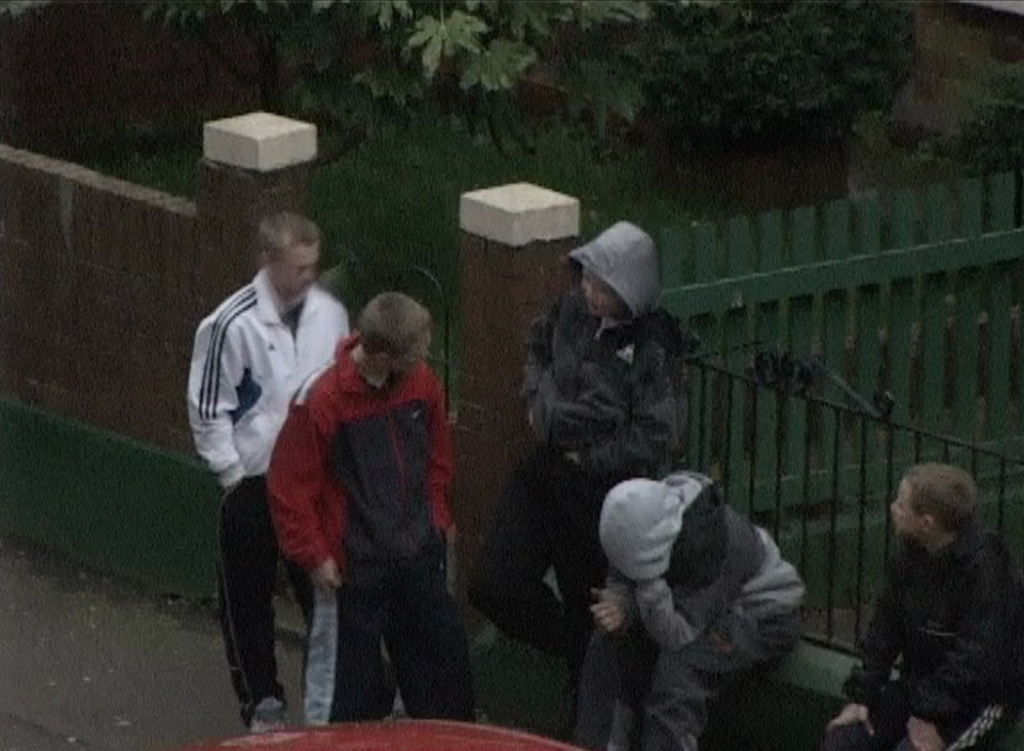 Cold Open (Version 1) (2014) is a video montage made up of six sequences from a larger series filmed in north Belfast over the course of a year. During one of the sequences, the soundtrack of a couple discussing the husband’s drinking habits is accompanied by apparently unconnected visuals of rain-soaked branches. Later, a group of teenage boys are observed play-fighting. In the final sequence, a group of young people are shown gathered around a pram. Harahan, who is interested in what he calls the ‘dislocation of the familiar’, often uses music to achieve this sense of displacement. In Cold Open, his musical sources range from traditional Gaelic to heavy metal and drum and bass.