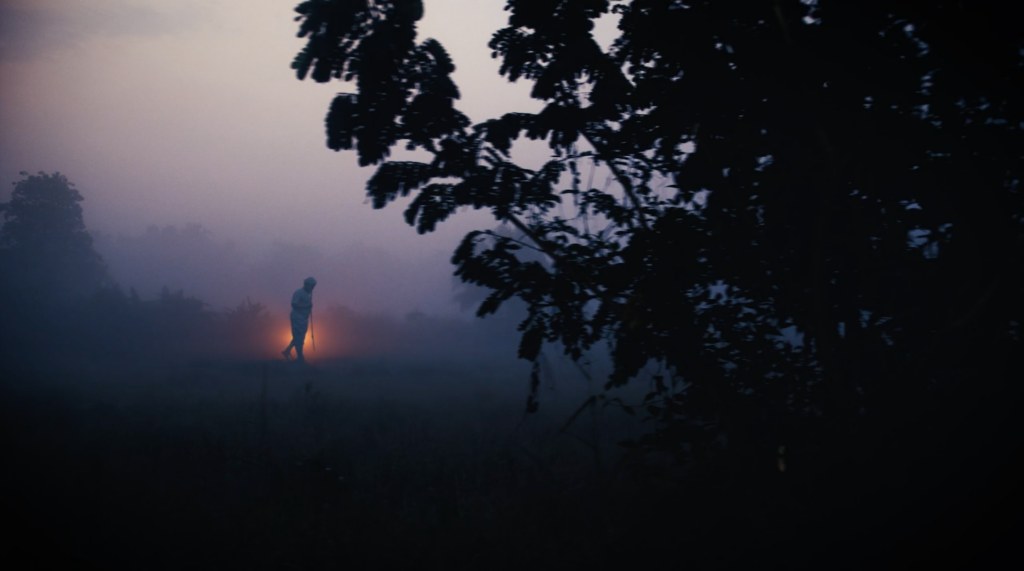 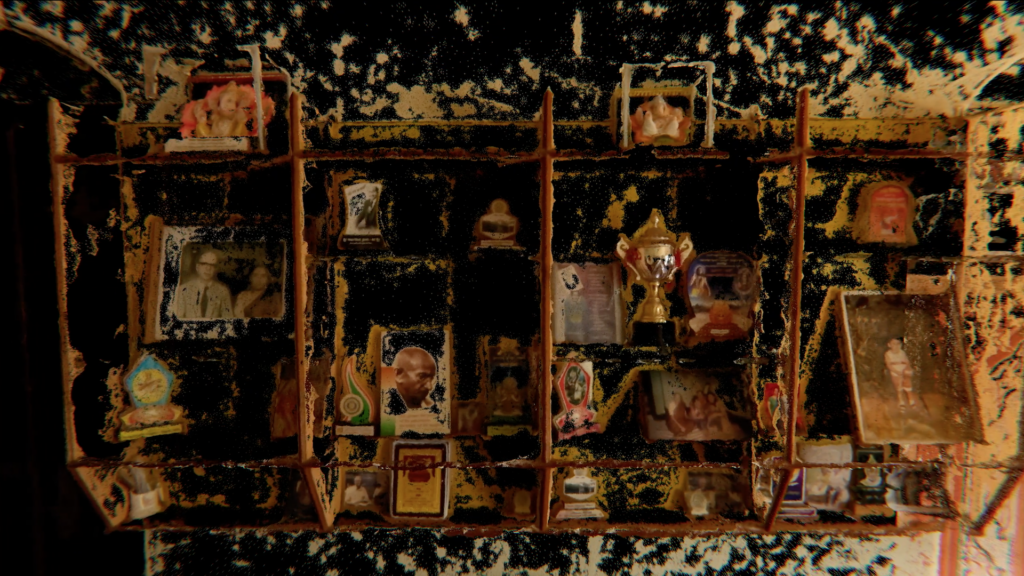 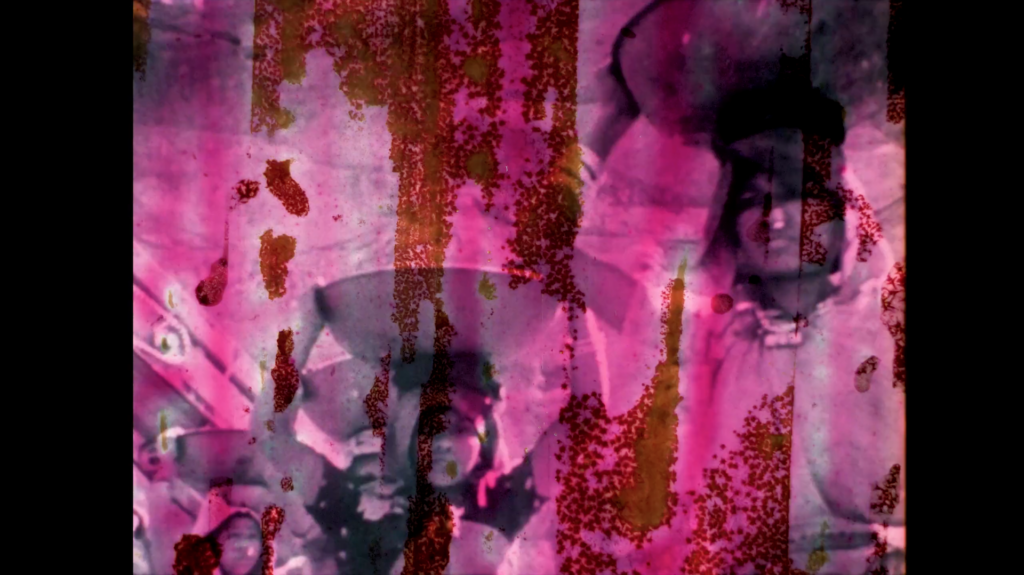 Suneil Sanzgiri’s recent video trilogy is shown here, in full, for the first time. The series is bookended by his attempts to recreate the landscapes of his father’s birth place in Curchorem, Goa. All three films utilise an aesthetics of distance and proximity to gesture to tensions, possibilities and replications when we search for ourselves in the remnants of colonial histories.

In Golden Jubilee, the final part of the trilogy, Sanzgiri reconsiders ideas of freedom, loss and recovery in the wake of colonial and neo-colonial theft. The film asks us to consider “what is liberation when so much has been lost?” Reflecting on the contradictions in the pursuit of ‘preservation’, the filmmaker creates a 3d virtual rendering of his father’s home in Goa using the same technologies of surveillance that mining companies use to extract iron ore in the region.

The title “Golden Jubilee” refers to both a forgiveness of debt and the 50th anniversary of liberation. This final chapter of the trilogy moves with a sense of palpable urgency. It underlines both the losses in our personal quests for repair in the shadow of imperial legacies and compels us to look further than the ancestral in our shared pursuit of collective liberation. —Jemma Desai