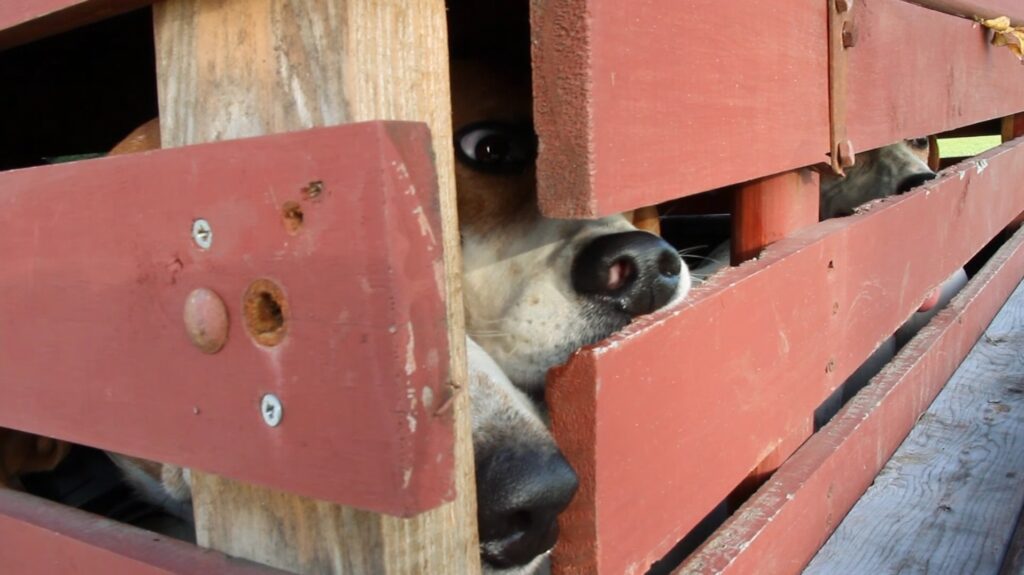 “A soldier’s trip to Syria is complicated when he accidentally impregnates a friend. Meanwhile, a horse breeder from Ohio is driven away from home by her own desire to become pregnant. In Hard as Opal the lines between truth and fiction, fact and fantasy, are reined in and treated not as fixed, divisive markers but as malleable threads of narrative potential. Buckhiester and Leventhal perform alongside other non-actors who are filmed in their own varying domestic and professional environments. The result is a rich accumulation of narratives held together by questions concerning the nature of objectification, loneliness, and dissociative fantasy.”