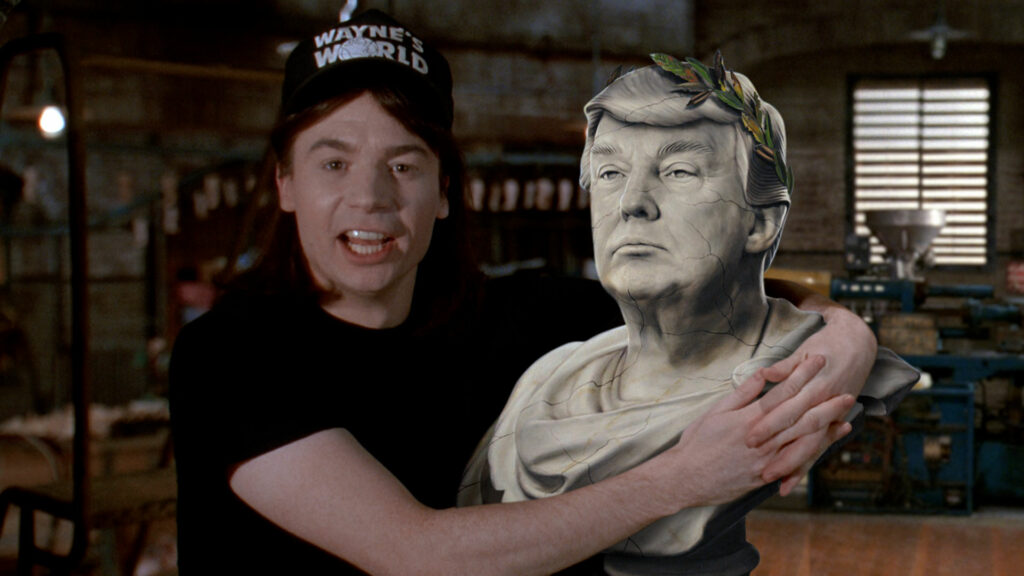 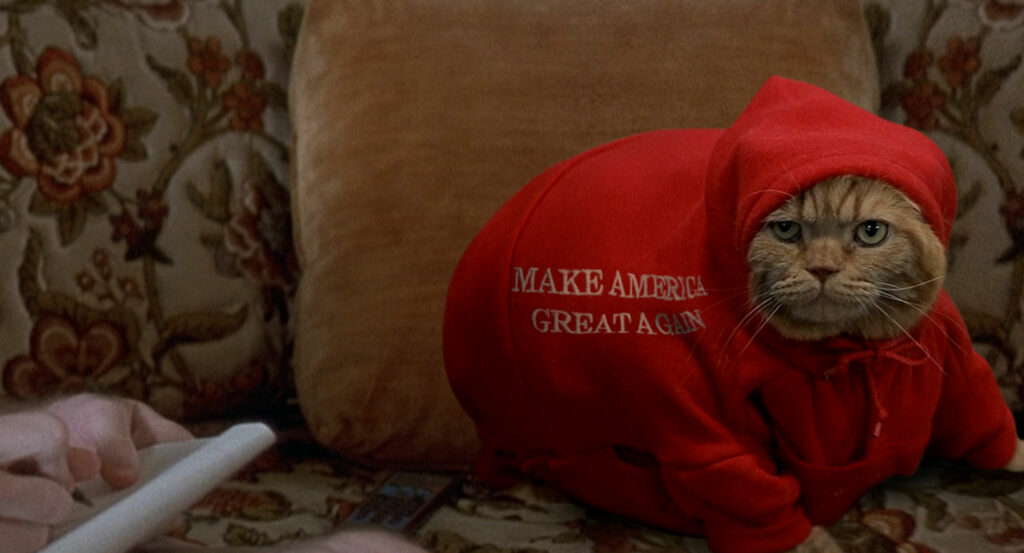 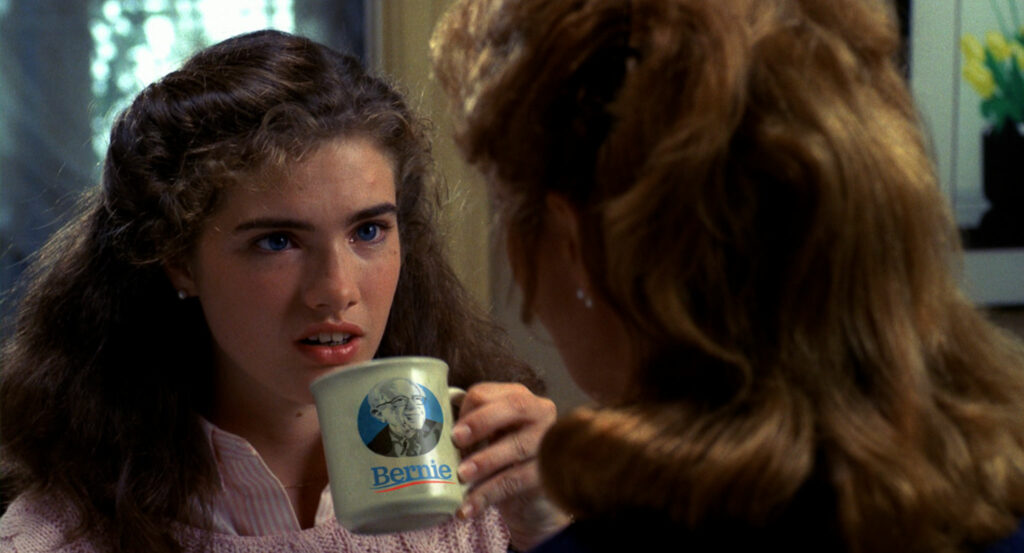 Renegade remixologists Soda Jerk return with Hello Dankness, a bent suburban musical comprised entirely of pirated film samples that bears witness to the psychotropic cultural spectacle of the period 2016 to 2021. Set in the American suburbs, the film follows a neighbourhood through these years as consensus reality disintegrates into conspiracies and other political contagions. Part political satire, zombie stoner film, and Greek tragedy, the work is also informed by the encrypted memetics of contemporary internet culture.

Soda Jerk is an artist duo who make sample-based experimental films with a rogue documentary impulse. They are fundamentally interested in the politics of images; how they circulate, whom they benefit and how they can be undone. Formed in Sydney in 2002, they’ve been in based in New York since 2012. Soda Jerk’s new feature Hello Dankness follows their controversial political revenge fable TERROR NULLIUS (2018) which was disowned and called “UnAustralian” by its commissioning body. The Guardian named the “dizzyingly ambitious satirical work” one of the best Australian films of the decade.