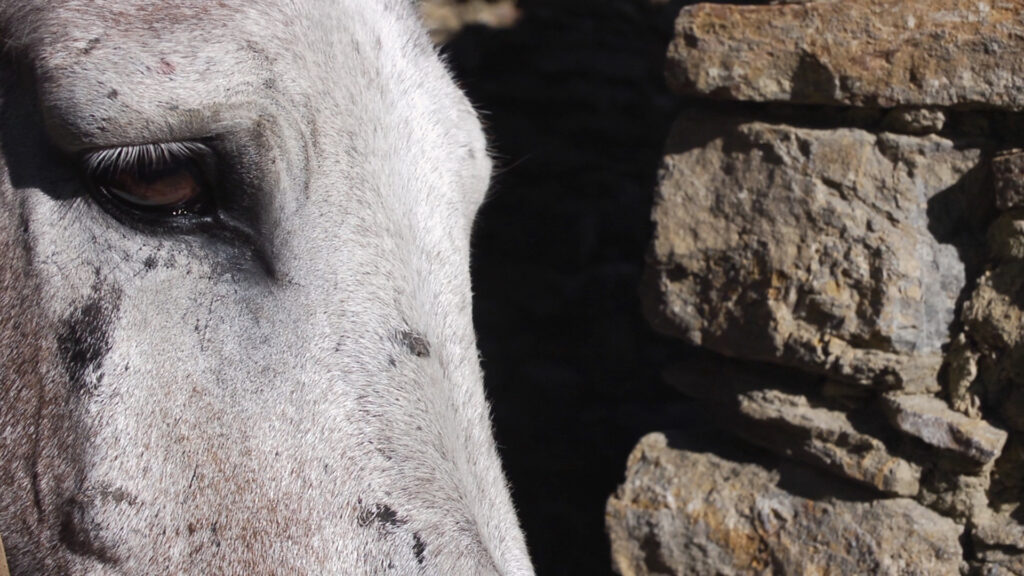 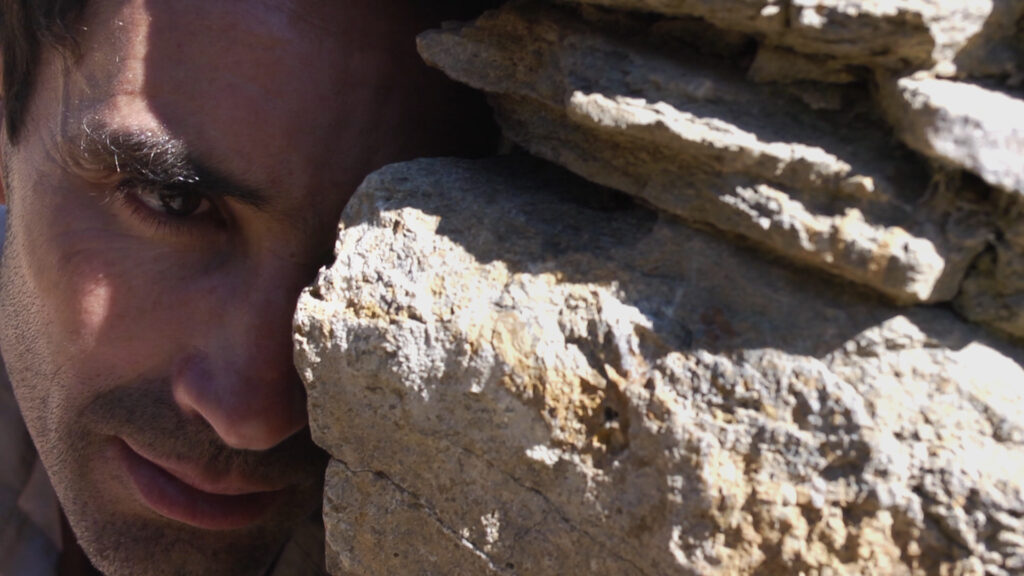 Holy Days pictures a strange ballet of both human and non-human animals in a rural landscape. The film opens with a man digging his own grave, only to soon find solace in a mysterious companion.

Affect and emotion are doled out in no small quantity, conveyed through not only the actors’ movements and interactions, but also through motions, gestures and performances by animals whom we might consider their counterparts. There is a genuine sense of ease, relaxation and relief that permeates the film through the actors’ negotiation of each other. But nothing gold can stay, and soon the arrival of a third element makes everything unclear. The elements, beings and unseen forces throughout the landscape all quiver with delirious energy as a torrent of both eroticism and anguish roll in from the valley below.
Punctuated by undulating waves of rhythmic percussion, Narimane Mari’s hypnotic and exploratory film drills deeply into the viewer with immediacy. Through developing a free style of filmmaking, unencumbered by the mediation of language, the film makes categorisations like ‘documentary’ and ‘narrative’ feel obsolete. It is an actuality, with images and emotions spilling onto the screen with utter immediacy, which we must accept on their own terms. —Herb Shellenberger