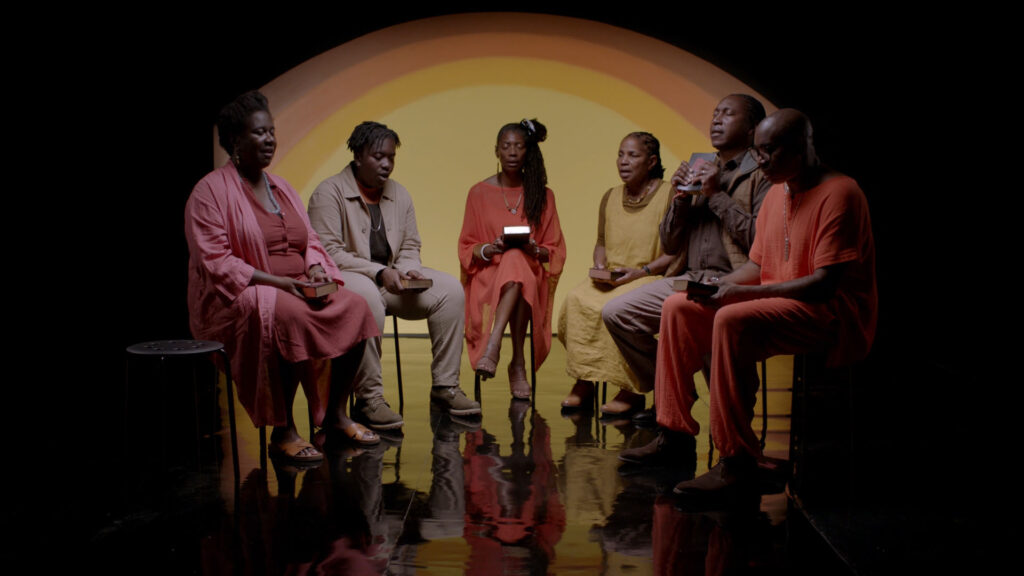 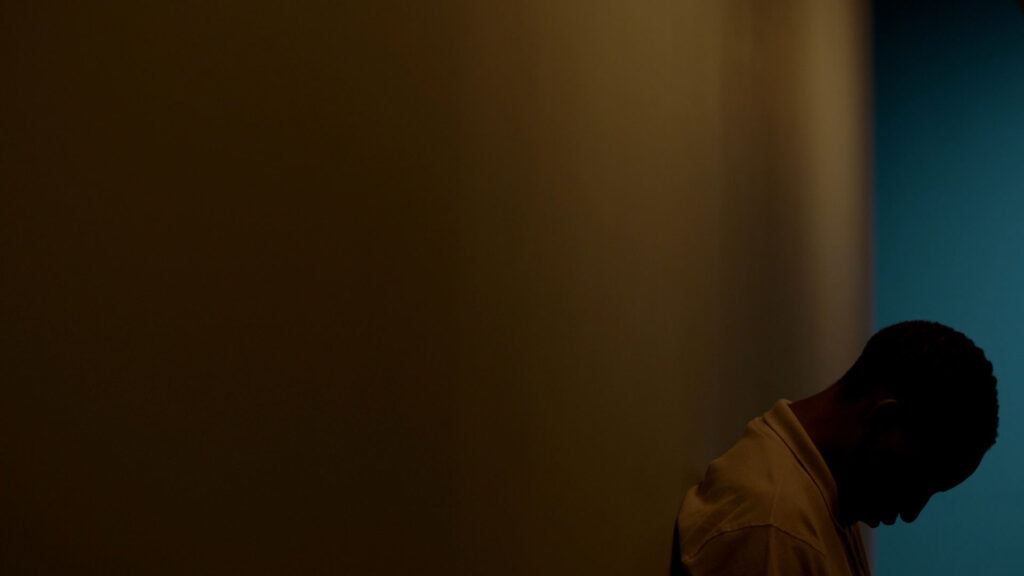 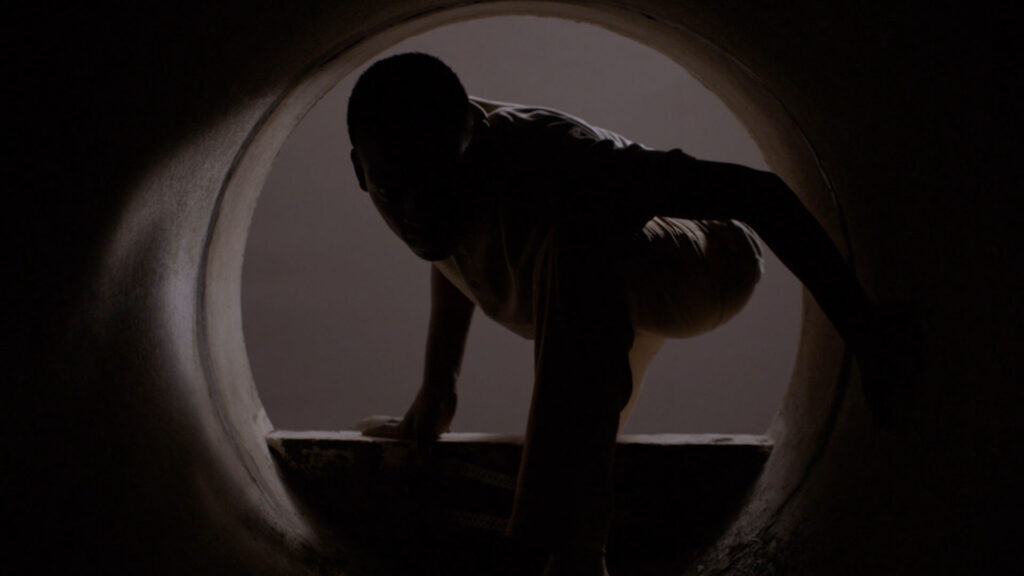 John tells the story of a young male, a psychiatric hospital patient who witnesses the death of another Black male patient at the hands of white staff. Blurring the boundaries between fact and fiction, this work draws from real life cases of Black mentally ill men who have died as a result of excessive force of the State.

On a split screen, a man writhes on a wooden bed. The man moves from the bed—in a dark room lit by a fluorescent light—revealing a red smear of what looks like blood on the wall. John moves out of this room, through a hallway illuminated by white light, and emerges into a communal space—a recreation room of sorts. Utilising the stylised tropes of horror films, Anderson depicts the mental health unit in which John is in as a cold and harsh place.

Other people populate this shared space. Patients and staff are distinguished by the differences in their pastel clothing. John watches two other Black men as they sit and talk, but he doesn’t join their conversation. The screen goes black and John’s nightmare resumes, as he is back again once more, writhing on his bed. Amidst this loop, tears gather in John’s eyes, as another Black man in the room is put in a hold by the staff. As John runs away, he finds another room: a solace. A group of people sit on chairs chanting, “come the light, come the hope.” Hands grip his own in a handshake and smiling faces approach him, welcoming him. Illuminating this stark contrast, warm tones radiate outward, and hands come together on John’s head—an act of care, of healing and protection. It is through this ritual that John is given power and he returns to the room of before—where he saw a man restrained—holding his fist high in resistance.

Elements of the soundscape bring the film back to genre, too: a low buzz is punctuated by cold metallic clangs, shakes of percussion, heavy bass—a near constant pulsating of an eerie variety. A disembodied voice seems to address the universal “you” in a monologue reminiscent of Frantz Fanon.

In framing the work through the lens of this clinical world of horror, Anderson is able to communicate nuance in a depiction of pain. Using a genre and visual language where violence is expected, an act of violence can be brought into a fictionalised focus and remove a layer of reality from it. How does one gesture to the very real violence that people suffer from without inflicting more harm? —Myriam Mouflih