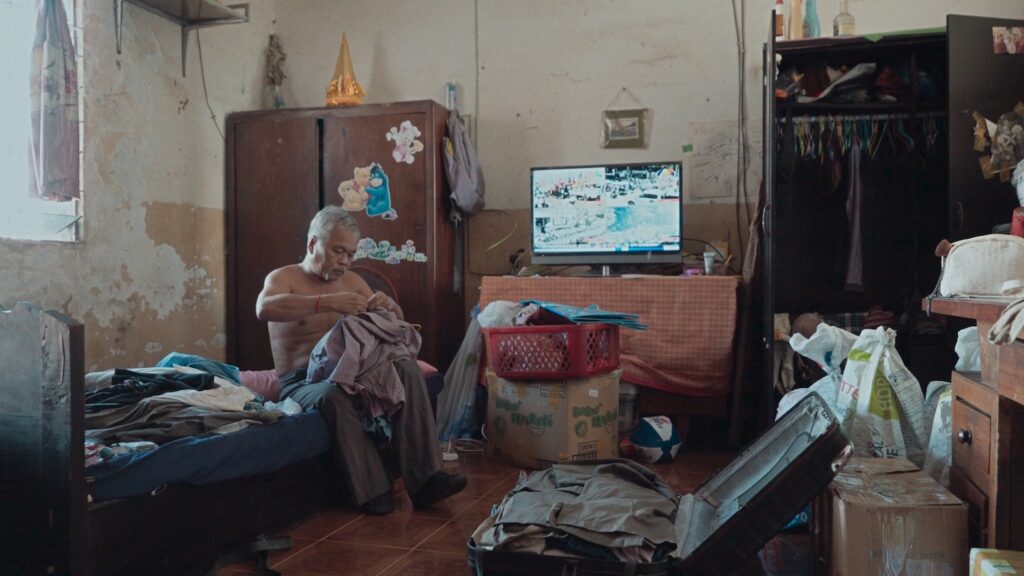 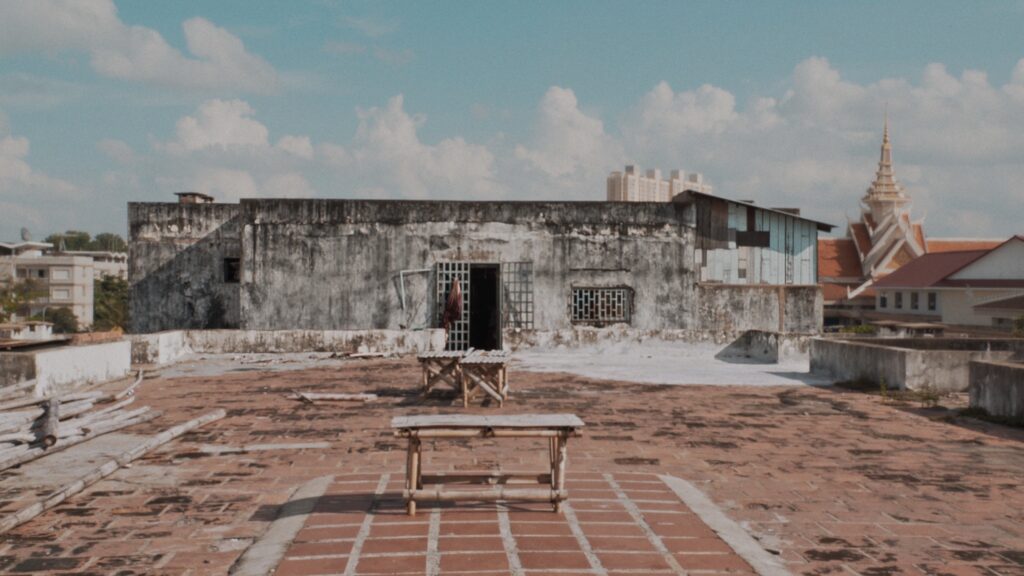 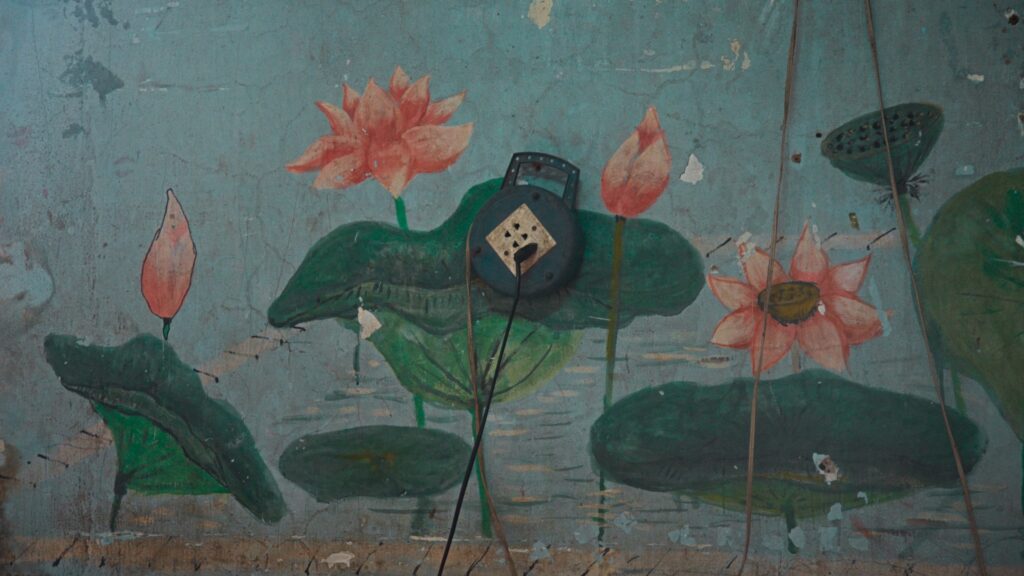 The footage which comprises Last Night I Saw You Smiling was recorded quickly with a borrowed camera in May 2017, immediately following the announcement that a Japanese company had purchased the site and would demolish it imminently. This was in the midst of writing for Neang’s first feature White Building, a fiction feature which went into pre-production in 2016 (and will have its world premiere September 2021 in competition at the Venice Film Festival). After taking some time and distance to reflect on the best way to utilise the footage, Neang worked with French editor Félix Rehm on shaping the dozens of hours into the finished documentary.

Building upon his previous non-fiction work—A Scale Boy (2010) and Where I Go (2014), both also urgent in construction and addressing difficult, intimate topics—Kavich Neang here reckons with a history that is both overwhelmingly personal but also has weight and resonance across his culture. Born and raised in the White Building himself, Neang spends time with family members, friends and neighbours leaving this distinctive environment, many after decades spent there. —Herb Shellenberger

Kavich Neang (1987, Phnom Penh, Cambodia) graduated from the Asian Film Academy in 2013 after originally studying Music and Dance. In 2014, he co-founded the Cambodian production company Anti-Archive. Kavich has been part of Talents Tokyo, Visions du Reel’s Docs-in-Progress and Cannes Cinéfondation Residency. Since 2010, he has directed five short films.