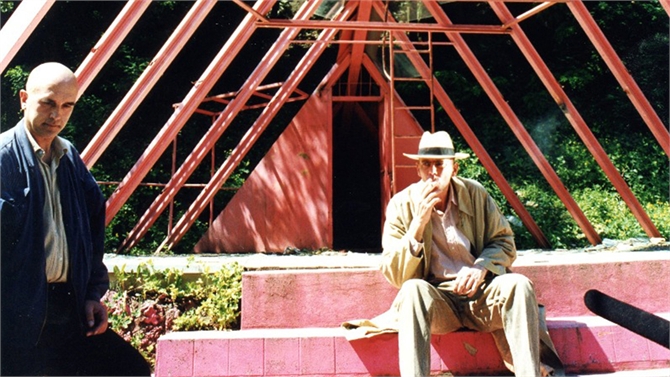 Two friends from Odessa try to compose a video message to their pals, emigrants to the United States. One of them rents his apartment to a devious girl who invents various excuses not to pay the rent. Letter to America is an exceptional story about “Chekhovian” characters on the verge of despair who nonetheless manage to enjoy life, even if these joys are beyond good and evil.

Jane Taubman, in her book Kira Muratova, writes: “Letter to America is a black comedy about the desperate predicament of post-Soviet intellectuals… Muratova’s film is itself a letter to America. One of its not so hidden messages is an ironic self-commentary on Muratova’s own situation, and example of what talent can do even in poverty”. —Elena Gorfinkel