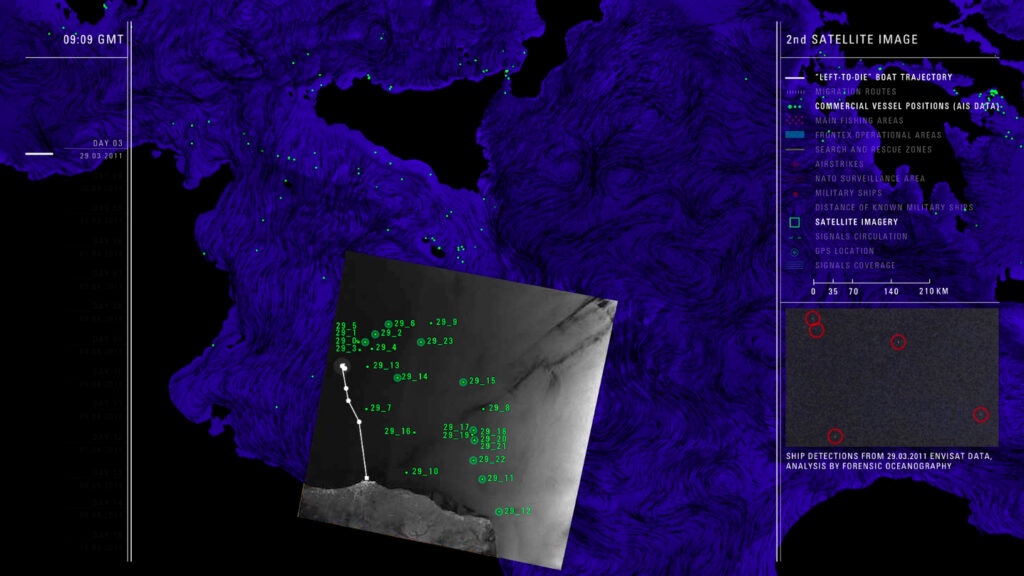 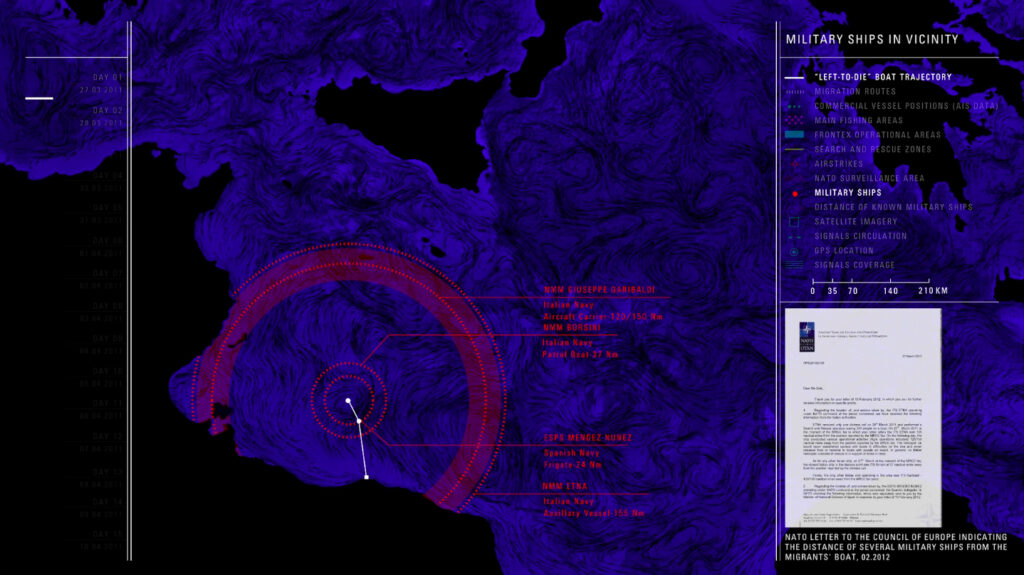 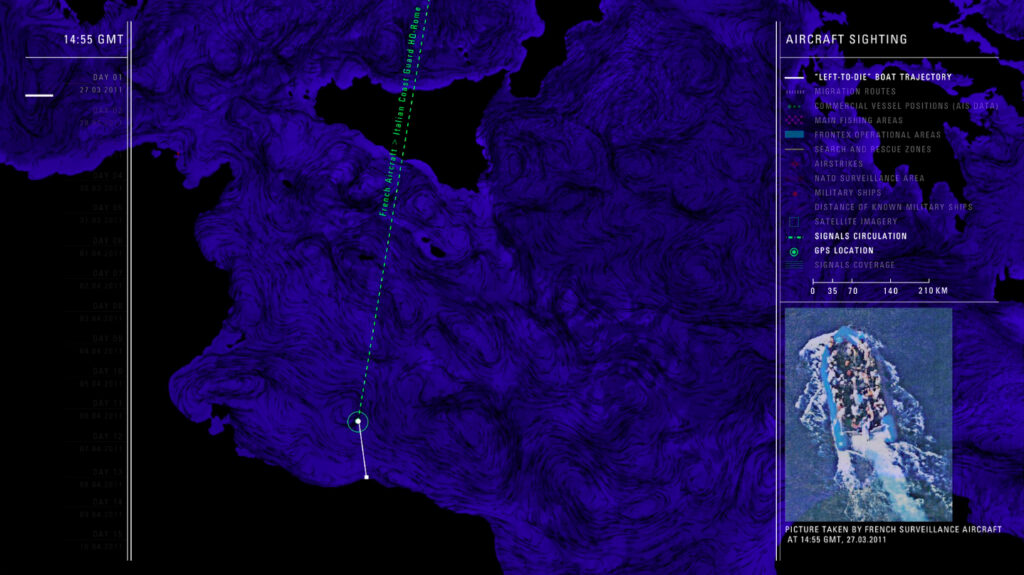 Liquid Traces offers a synthesis of our reconstruction of the events of what is known as the ‘left-to-die boat’. 72 passengers who left the Libyan coast heading in the direction of the island of Lampedusa on board a small rubber boat were left to drift for 14 days in NATO’s maritime surveillance area. Despite several distress signals relaying their location, as well as repeated interactions, including at least one military helicopter visit and an encounter with a military ship, no action was taken. As a result, only 9 people survived.

In producing this reconstruction, our research has used against the grain the ‘sensorium of the sea’ – the multiple remote sensing devises used to record and read the sea’s depth and surface. Contrary to the vision of the sea as a non-signifying space in which any event immediately dissolves into moving currents, with our investigation we demonstrated that traces are indeed left in water, and that by reading them carefully the sea itself can be turned into a witness for interrogation. As a time-based media, the animation also gives form to the Mediterranean’s differential rhythms of mobility that have emerged through the progressive restriction of legal means of access to the EU for certain categories of people and the simultaneous acceleration of the flows of goods and capital.