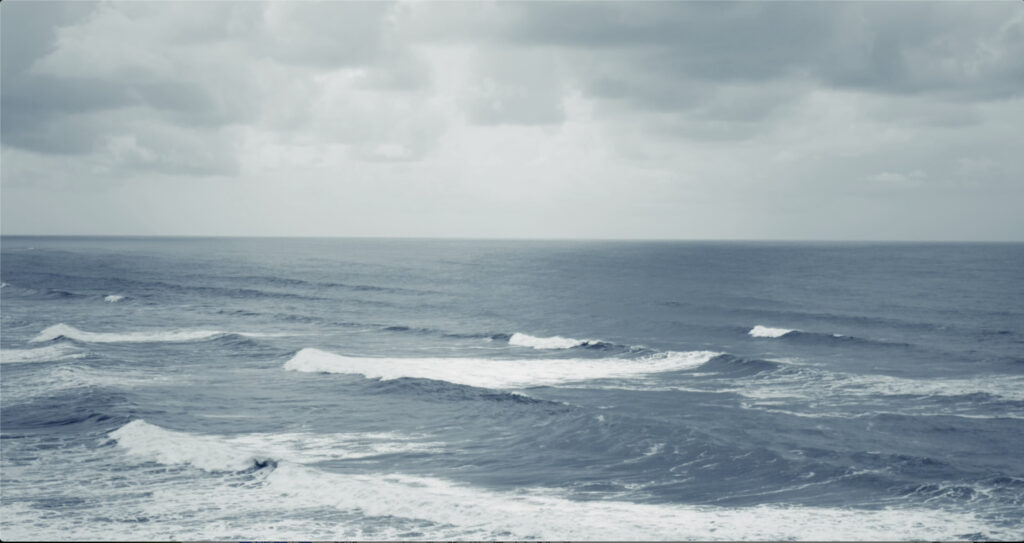 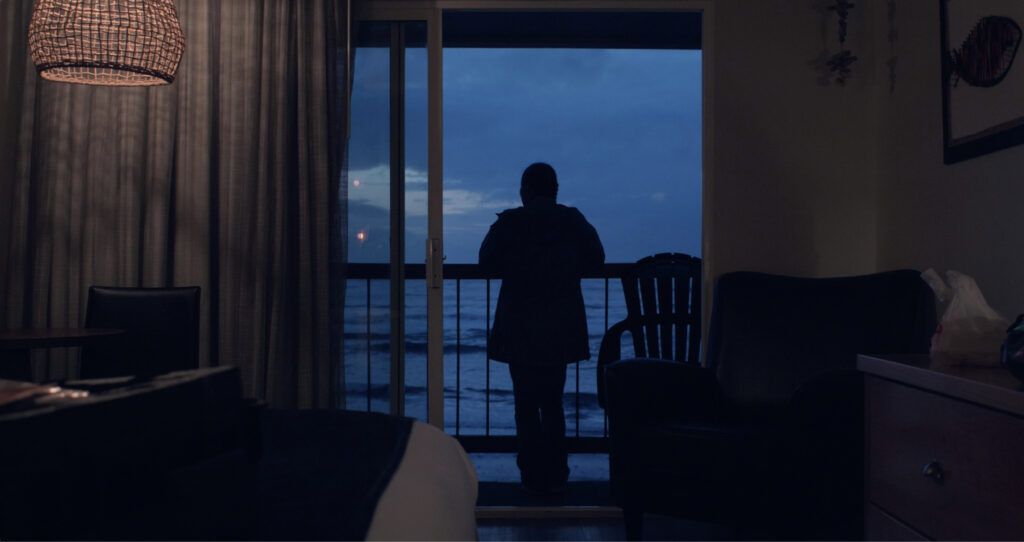 The feature film debut of prolific Ho-Chunk filmmaker Sky Hopinka, maɬni – towards the ocean, towards the shore extends the promise of his meticulously crafted, short form experimental documentaries, while at the same time pushing towards new ideas, expressions and forms. A bifurcated portrait of the filmmaker’s two friends—Sweetwater Sahme and Jordan Mercier—the film weaves together their individual subjectivities while also purposefully never fully bringing them together.

BFMAF regulars will be familiar with Hopinka’s work, shown in three previous editions of the festival. His 2017 short Dislocation Blues—“an incomplete and imperfect portrait of reflections from Standing Rock”—won that year’s Berwick New Cinema Award, leading to a Propositions presentation with Hopinka’s short films, reading and conversation in 2018. His dextrous work extends across writing, visual art, photography and cinema, each of which provides some bearing on the other areas. The result is a versatile experimental aesthetic that shifts and transforms across media, though as he succinctly summarises the central theme of his work, “personal positions of Indigenous homeland and landscape” come to the fore.

maɬni – towards the ocean, towards the shore locates this personal positioning in the third person, with the filmmaker’s embodied perspective aiming to relate the experience, philosophy and thinking of Sahme and Mercier, who never meet at any point. The film foregoes much of the abstractions found in Hopinka’s short form works in favour of a more direct, literal, photographic and legible document of his interactions and experiences with the film’s two subjects. Language, an ever-present theme in Hopinka’s films, plays a major part; the film is mostly spoken in the indigenous Chinuk Wawa language, including the filmmaker’s creative and poetic narration.

While perhaps less abstract and essayistic in style than Hopinka’s short filmmaking, the continuity remains in the method of the film’s production. The filmmaker shot and edited the film mostly on his own, with some assistance in the sound recording as well as the soundtrack composition. But this remains an individual, artisanal film without crew, script or the many trappings of a typical feature production. Instead, maɬni transmits to the viewer a sense of the immediacy with which the images were captured and the beauty of not knowing exactly how things might unfold. That the film’s extended topic of discussion is based around the Chinookian origin of death myth (Imał)—and the circular space between beginning and end, death and rebirth, life and the afterlife—makes this unfolding and not knowing all the more poignant. —Herb Shellenberger

Sky Hopinka (1984, Washington) is a filmmaker, artist, teacher and curator based in Milwaukee, Wisconsin. His work centres around personal positions of homeland and landscape, designs of language and facets of culture contained within, and the play between the accessibility of the known and the unknowable. He received his BA from Portland State University in Liberal Arts and his MFA in Film, Video, Animation, and New Genres from the University of Wisconsin-Milwaukee. In Portland he studied and taught chinuk wawa, a language indigenous to the Lower Columbia River Basin. His work has played at various festivals including ImagineNATIVE Media + Arts Festival, Images Festival, Wavelengths (Toronto), Ann Arbor Film Festival, American Indian Film Festival (San Francisco), Sundance, Antimatter (Victoria, Canada), Chicago Underground Film Festival, FLEXfest (Florida), Projections (New York), and the LA Film Festival. His work was a part of the 2016 Wisconsin Triennial and the 2017 Whitney Biennial. He was awarded jury prizes at the Milwaukee Underground Film Festival, the More with Less Award at the 2016 Images Festival, the Tom Berman Award for Most Promising Filmmaker at the 54th Ann Arbor Film Festival, and 3rd Prize at the 2015 Media City Film Festival. Sky Hopinka’s Dislocation Blues won the 2017 Berwick New Cinema Award and his film Visions of an Island was shown in an exhibition during BFMAF 2016.