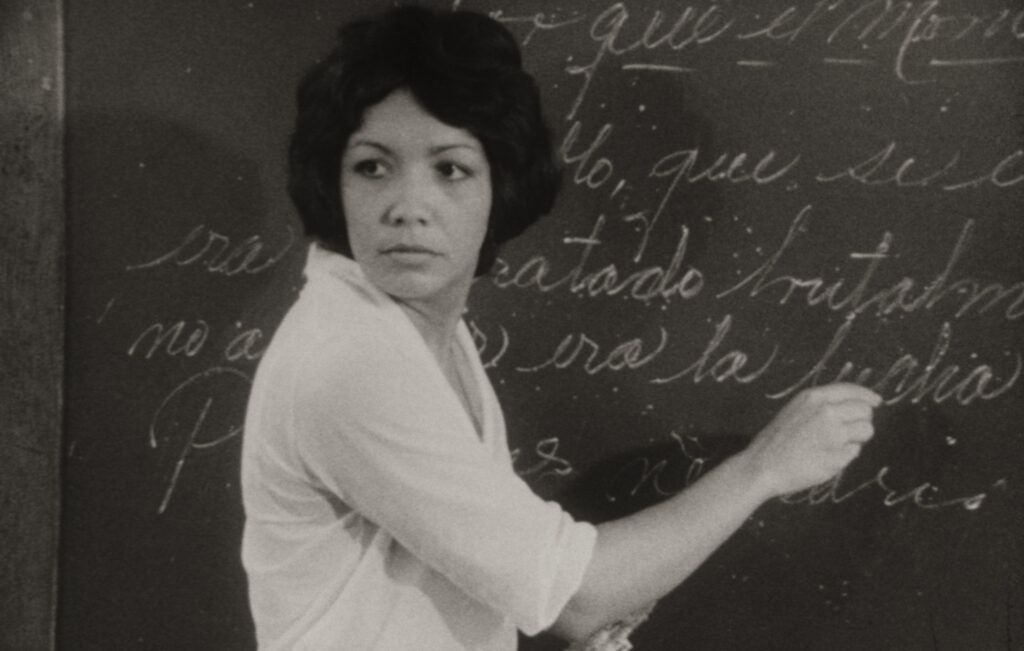 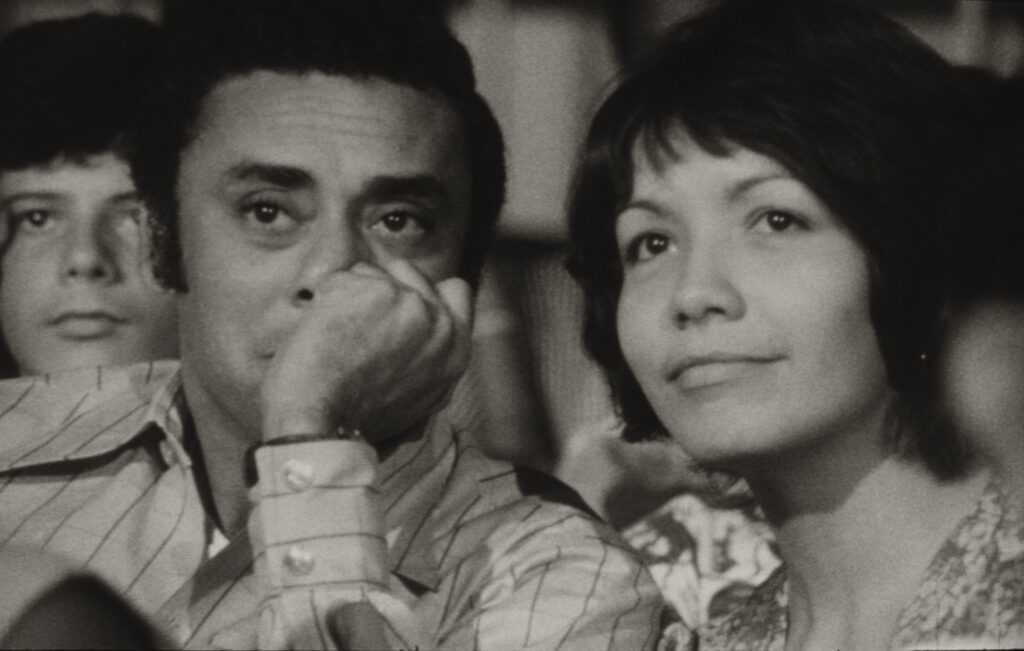 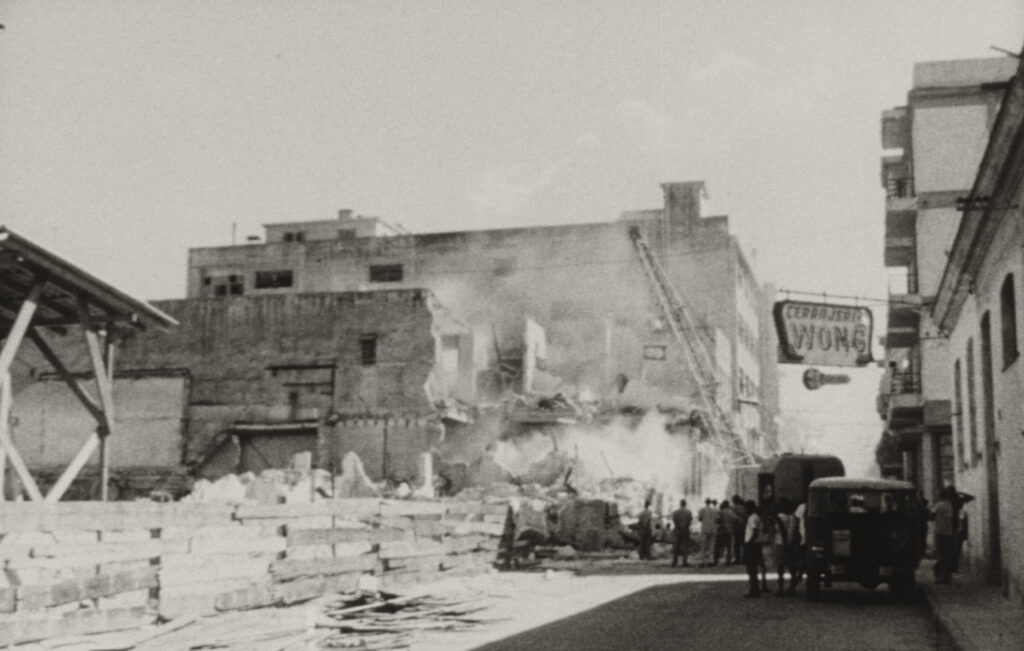 Made by pioneering Cuban filmmaker Sara Gómez, One Way or Another is a bold work of revolutionary feminism. It is also a compelling and complex picture of Cuban life under socialism. The film is radical in its honest and unflinching assessment of the difficulties of living in a newly formed socialist society. It astutely shows the struggles of marginalised communities adapting to revolutionary ideals, whilst casting a critical lens on the machismo, class and race discrimination that was still present in Castro’s post-revolutionary Cuba.

Hybrid in form, One Way or Another blends ethnographic documentary techniques with narrative fiction, and the film shifts fluidly between these modes. Gómez achieved a unifying low-key aesthetic by using 16mm film throughout. This is further emphasised by how she embeds her main characters in non-fiction settings with non-professional actors who drew on real-life experiences.

Set in the Miraflores housing development, an area on the outskirts of Havana built to replace slum housing, the fictional story centres on a romance between factory worker Mario and middle-class schoolteacher Yolanda. Over the course of the film and their fractious relationship, the pair are forced to confront their values, prejudices and contradictions. Mario’s old macho ways are put to the test, while Yolanda’s prejudices surface when teaching underprivileged children.

In One Way or Another, Gómez challenges Cuba to live up to its utopian revolutionary values and strives for a society free of class discrimination, racial inequality and outdated patriarchal traditions. The first feature film to be directed by a Cuban woman was to sadly be Gómez’s last work. Gómez died during post-production and the film was completed by her colleagues Tomas Gutierrez Alea and Julio Garcia Espinosa. A timely and much-anticipated restoration by Arsenal is presented here. —Alice Miller

Sara Gómez (1942 – 1974, Cuba) was a pioneering Cuban filmmaker. Born in Havana, Gómez studied literature, piano and Afro-Cuban ethnography and worked as a journalist before turning to filmmaking. In 1961 Gómez became the first woman to join the newly-formed Instituto de Arte e Industria Cinematográficos (ICAIC). At the ICAIC she worked as an assistant director to filmmakers Jorge Fraga, Tomas Gutiérrez Alea and Agnès Varda. She made several short documentaries before directing her first feature film De Cierta Manera (One Way or Another) in 1974. Gómez’s work used documentary and fiction to represent the Afro-Cuban community and highlight the class, race and gender inequalities in revolutionary Cuba.