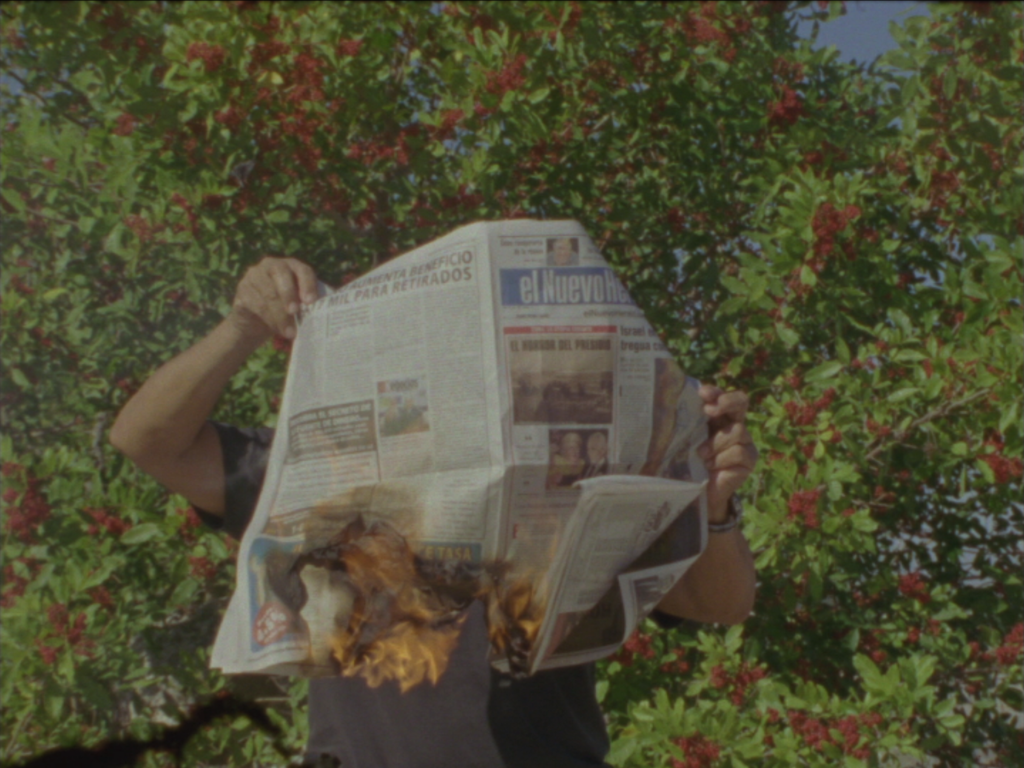 Luis Arnías’ enigmatic 16mm film Punky Eye (Ojo Malcriado) is structured into seven different chapters, though any hope of parsing a narrative cohesion from this structure is quickly dashed. A sneaker stepping on a ketchup packet, a mouse running frantically in a metal wheel, seeds being popped out of the head of a flower: sensual and sensory moments build upon one another, with tension and release doled out at unexpected moments. There are scenes of great beauty: a bird with very tired eyes blinks while a recording of Spanish-language absurdist poetry is heard; or a slow motion close-up of a powerful waterfall roars. Other moments show absolute absurdity: a man is forced to stop reading the newspaper when it’s become completely engulfed in flames; a breakfast of Fruit Loops cereal is poured out into a lake, milk and all. Arnías’ sequence of stunningly-shot and surprisingly-edited vignettes results in a strange and alluring film that builds to an ambiguous— but no less affecting—conclusion. —Herb Shellenberger