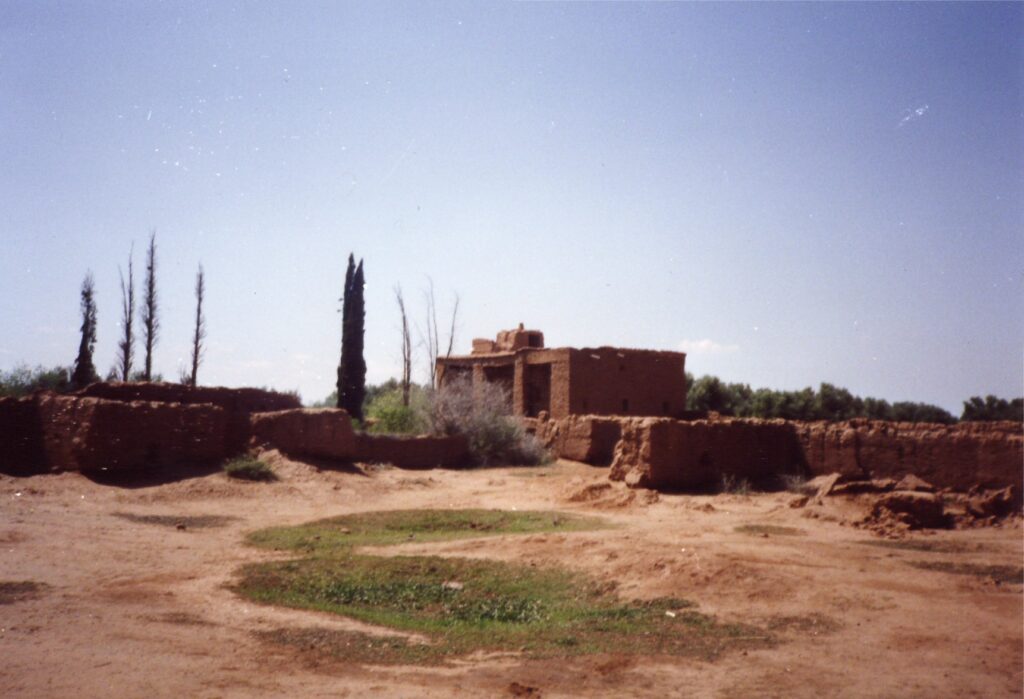 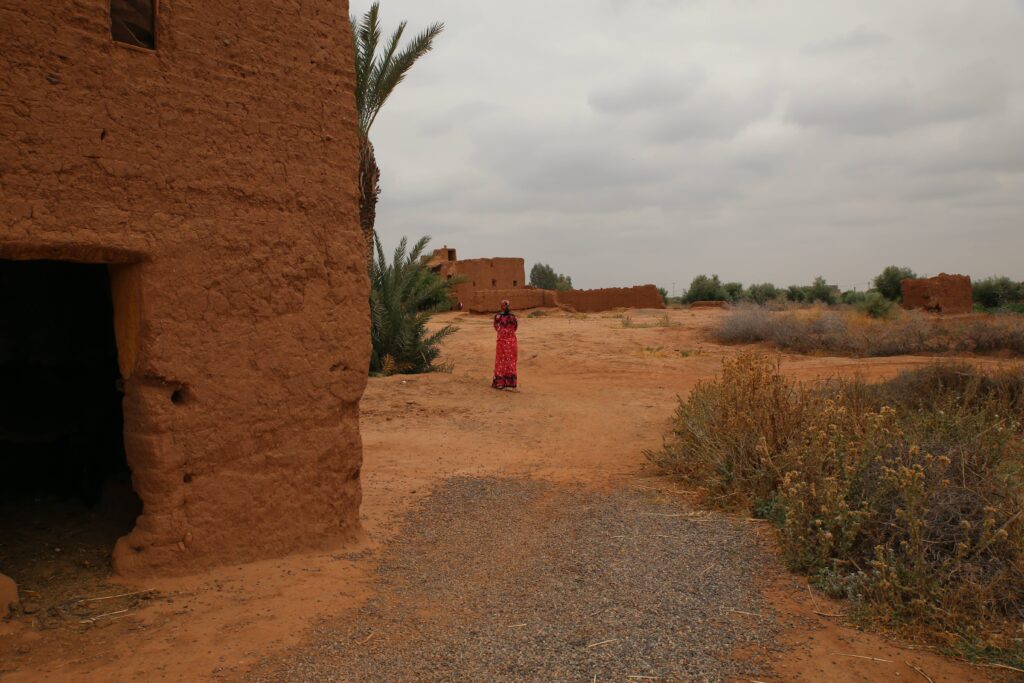 Return to Oulad Moumen follows the Edery family as they migrate from Oulad Moumen—south of Marrakech—to Paris over a number of years. As children are born, raised and leave home, life continues in Morocco and Génini contextualises the circumstances of her family’s departure in the social and political history of the country.

The film opens with a family portrait and the beckoning hand of Génini: an invitation to journey together. References to Moroccan-Jewish tradition are made clear in the first few minutes of the film, as we watch another set of hands prepare a Passover meal that is pagan in heritage—an early symbol of the interculturality that is predominant in Génini’s films.

As Génini tells it, in Oulad Moumen, a rich landowner—sympathising with the plight of those who have been persecuted—gifts an olive grove to the dispersed who were obliged to “flee from the village and scatter in the countryside”. In doing this, she communicates a traumatic event without being explicit, and uses the community spirit following this event as an example of Jewish / Arab solidarity and friendship. In modern day Oulad Moumen, two men ask each other if they remember the Jews, alluding to the decrease of the Jewish population in Morocco due to waves of emigration.

Weaving the story of the country through the story of one family and their migration, the history of Morocco is illustrated through the use of archive footage, spanning a period from French colonial rule to an independent country ruled by King Hassan II. Footage from colonial French archives illustrates Morocco’s history. Rubbing up against Génini’s own self-shot footage and overlain with a voiceover, these colonial images are transformed and reframed.

As the family continuously move—from Oulad Moumen to Boucheron, Casablanca and eventually Paris—the Edery children split off, with some members of the family moving as far as the US, Mexico and Martinique. Emigration was not uncommon for many middle class Moroccans in the period following independence, but the history of Jewish migration to and from the country pre-dated 1956, and many people moved to the newly created state of Israel.

Finding a way back to their ancestral home, the family reunite amongst the olive trees in Oulad Moumen. The gathering Génini organises is an intergenerational and transnational affair, as members of the family come together on the occasion of the filmmaker’s birthday in 1992. Coming full circle, the family chat together, slipping between languages, cultures and generations. —Myriam Mouflih