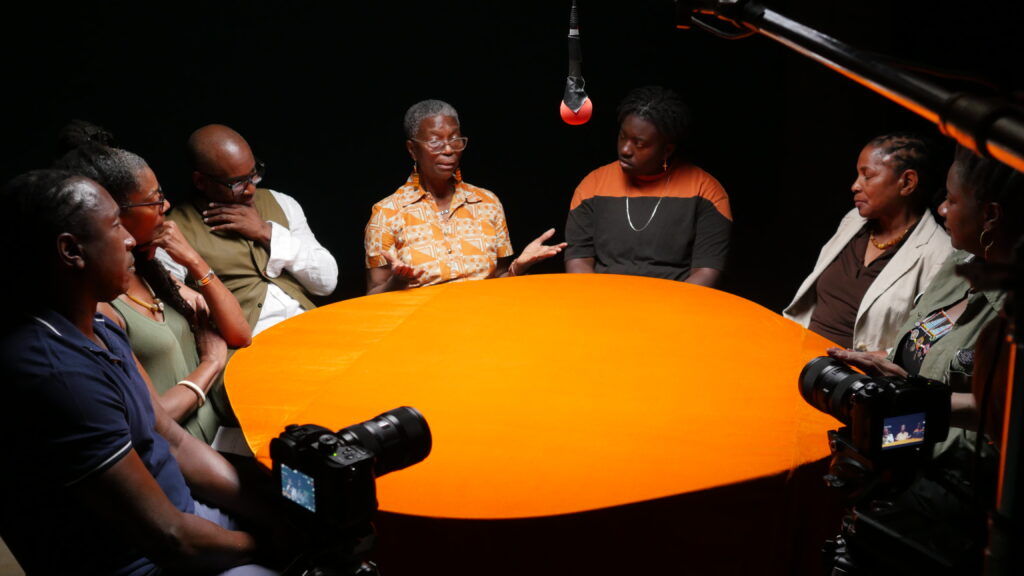 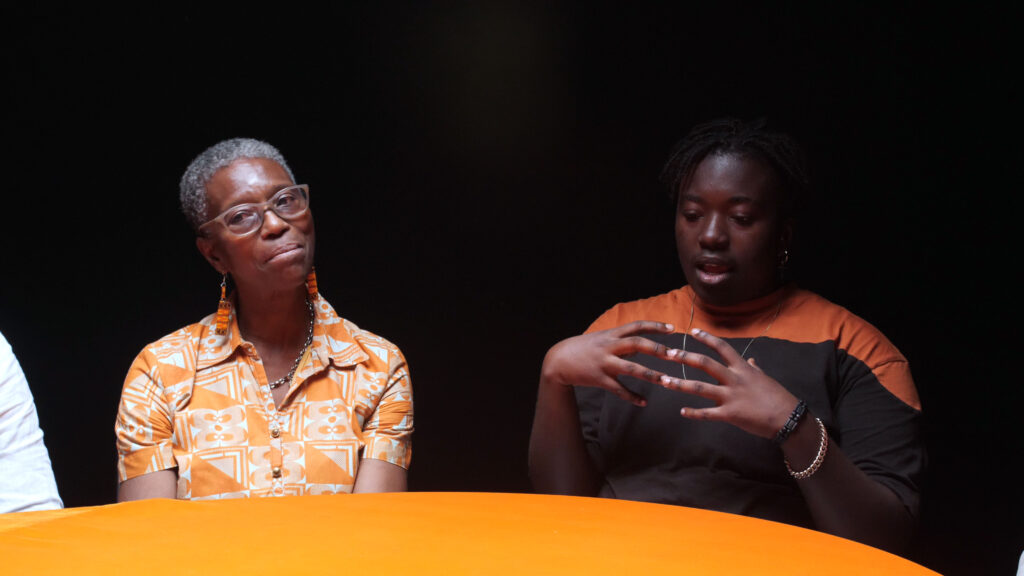 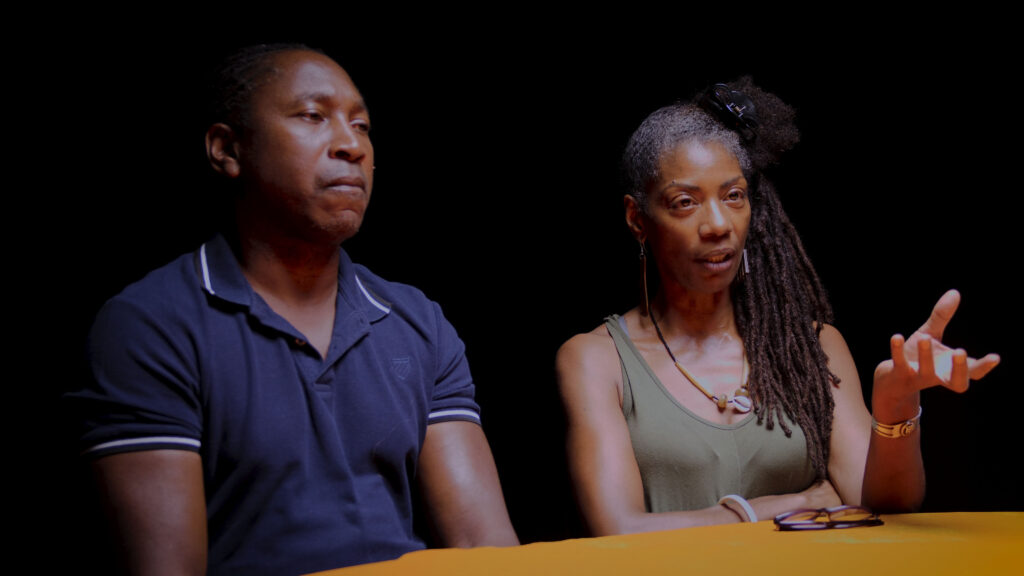 In Roundtable Conversation, Anderson brings together family members of Black men who have died in police custody or psychiatric units; mental health and legal professionals; activists and artists who reflect on violence as it relates to institutional racism. Through their discussion, the people gathered round the table communicate what needs to be done in order to free the Black mind.

Roundtable Conversation is a companion piece to Anderson’s film John. It shows a group of people sitting round a table as they discuss various forms of institutional racism. As the conversation continues, the connections between those seated around the table become clearer as references to how they know each other filter through: these people are the family members of Black men who have died in police custody or psychiatric units; mental health and legal professionals; activists and artists.

Reflecting on the film in which they have been part of, those sat round the table discuss institutional racism and the hostile environment as policy, but the psychological consequences of this are felt too. Emotional impact is intoned through voices, facial expressions, breathing. The reverberations of violence and of trauma are felt not just in the bodies of those it is inflicted upon, but through their loved ones too. But it is not just individualised actions that inflict this, but being other in a world where white supremacy reigns.

And yet within this roundtable space, Anderson is able to enact a space of healing, where the discussants’ shared experience puts them in solidarity with each other. Community care is felt through this action—of allowing people to openly speak about the work that they have done, that they continue to do, in resisting institutional racism in its different forms. In this space, much like in John, the participants play a role in imagining the liberation of the Black mind, through resistance and through speaking truth to power. —Myriam Mouflih