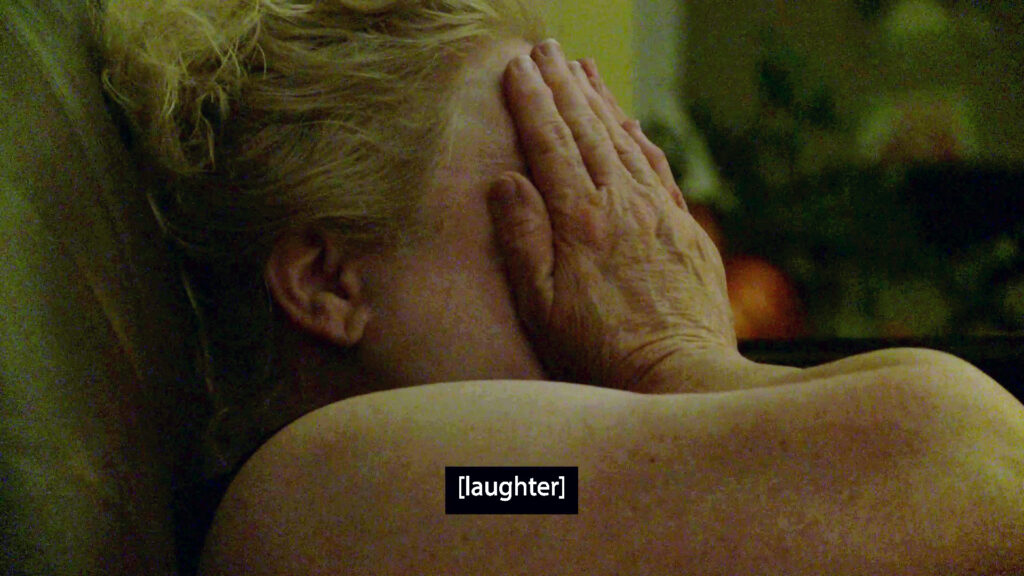 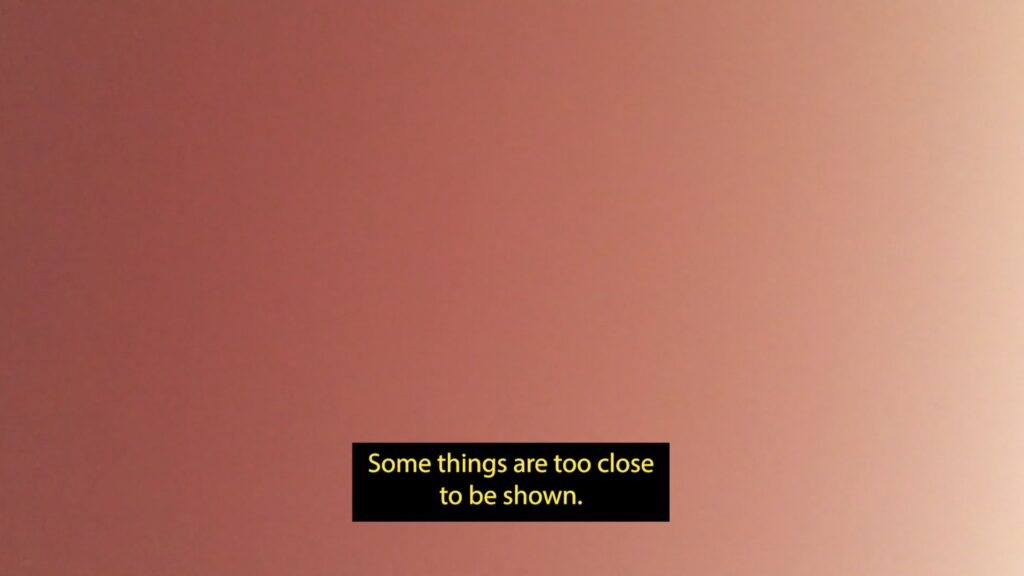 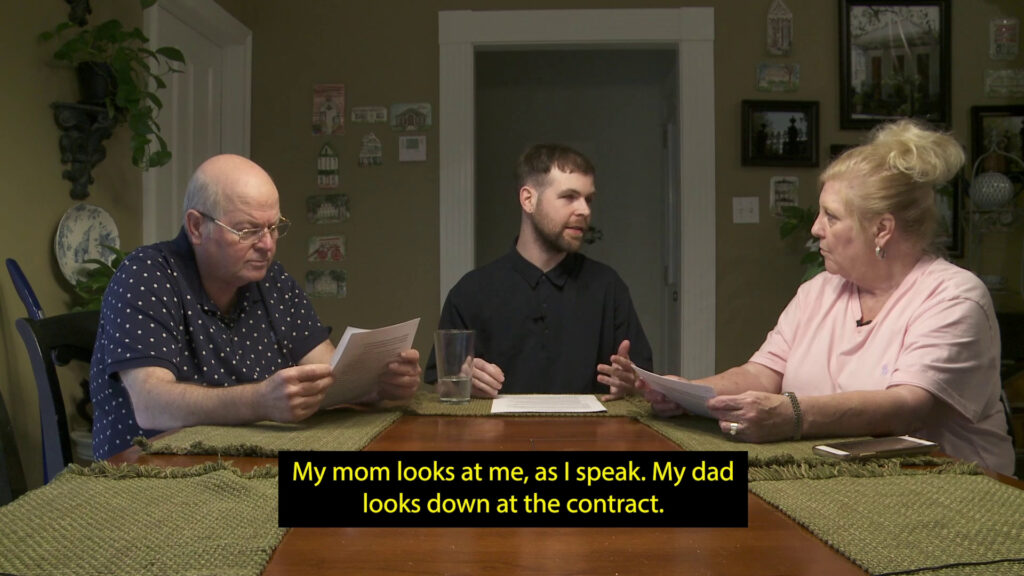 Made over five years, Shared Resources depicts the filmmaker’s family after they declare bankruptcy due to debt accrued from the loss of their home in Hurricane Katrina. Use of captioning and visual description act both as points of access and autonomy for his subjects: Jordan Lord asks their family, their filmmaking community and us, the film’s audiences—what does it mean to owe each other everything?

Albert Lord, the filmmaker’s father, was once a debt collector. He conducted his duties in line with the principles of bankruptcy as a social safety net. He viewed his work as not just a collection from those who had lost their material identity, but as a guardian of their dignity and self-respect. Yet the year he is forced into bankruptcy, he finds himself on the receiving end of draconian changes in law. These are laws made by a governor who feels that “debtors have lost their sense of shame.” He believes in the right of the state to take his debt in the form they see fit. This means that accepting his disability compensation from Agent Orange during his service in Vietnam is “fair” game for the creditors.

Shared Resources is a film about debt, disability, and documentary. But it is also a film about how all these things are governed by language. In a pivotal scene, Albert Lord—the filmmaker’s father—reads a contract prepared by his son. The “Catch Agreement” is Jordan Lord’s inversion of a standard filmmaker’s “release”. Instead of discharging the risk of telling a story that is not your own, Lord proposes a rearticulation. Lord centres an ethics of care that tethers people and subjectivities together, rather than ‘pragmatically’ (and transactionally) pulling them apart. Their father refuses to sign, “Why would you give up your right to tell the truth?”, he asks his son. But what is the truth that his son would give up? And who decides how much of it is truly owed to him?

As the family struggles to make meaning through language together, we the viewers also enter a space of self reflexive struggle. Yellow captions indicate off camera commentary and description which is sometimes delivered by the subjects depicted. This has the effect of drawing attention to our wrongheaded assumptions. Or, the ways we render images in the frame so neutral that they become invisible. These multiple registers become an essential part of Lord’s exploration of interrelatedness and precarity. They gently, but undeniably, reveal that the injustices born out of our understandings of what we owe to one another and what we expect from each other are as much relational as they are structural. —Jemma Desai

Jordan Lord is a filmmaker, writer, and artist, working primarily in video, text, and performance. Their work addresses the relationships between historical and emotional debts, framing and support, access and documentary. Their video and performance work has been shown internationally at venues including MoMA Documentary Fortnight, Camden Arts Centre, Elizabeth Foundation for the Arts (New York), and Performance Space NY. Their solo exhibition of video work After…After… was presented at Piper Keys (London) in 2019, and a new exhibition of their video work is currently in process at Artists Space (New York). They teach at Hunter College, CUNY (New York).