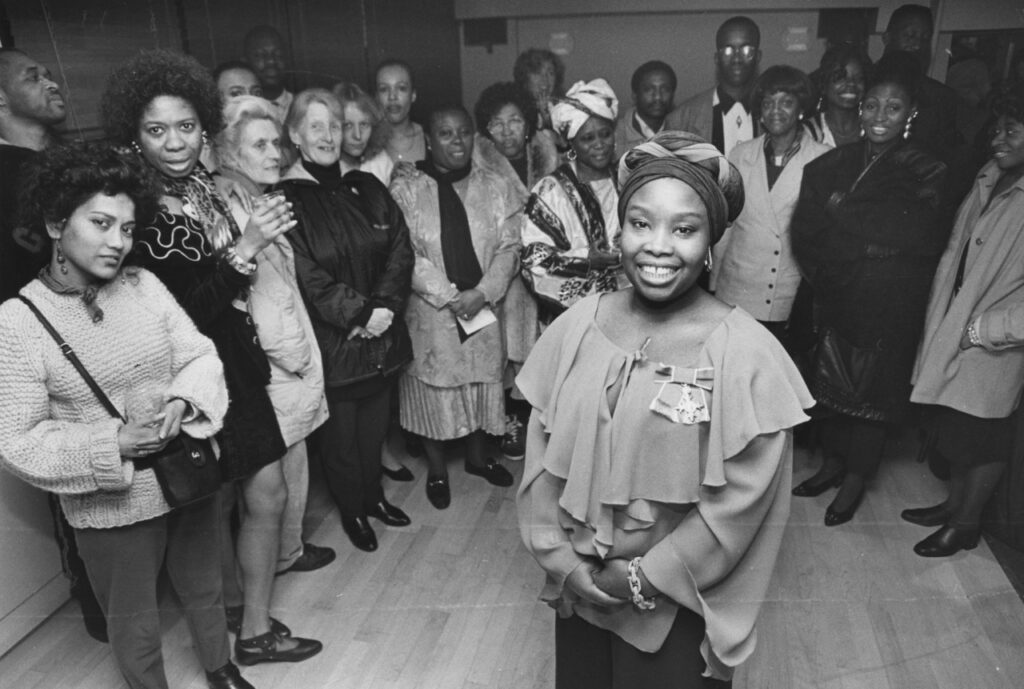 Street 66 is a vibrant commemoration of Ghanaian-born Dr. Theodora Boatemah MBE, who led the campaign to organise tenants and demanded better housing on her Angell Town estate. In this film, archival footage blends with Akingbade’s own filmmaking style; photographs of Boatemah complement the living room, as well as testimonials of the tenants who organised activism with her. Focusing closely on one person’s quietly epic life of work, Street 66 creates a sense of scope that interrogates the socio-economic webbing of the UK. —Naomi Gessesse