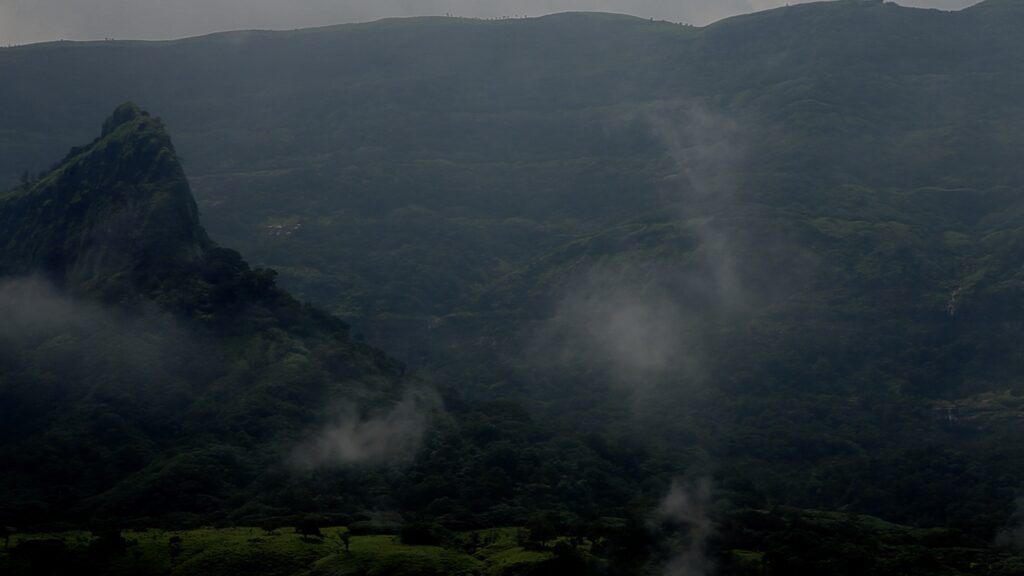 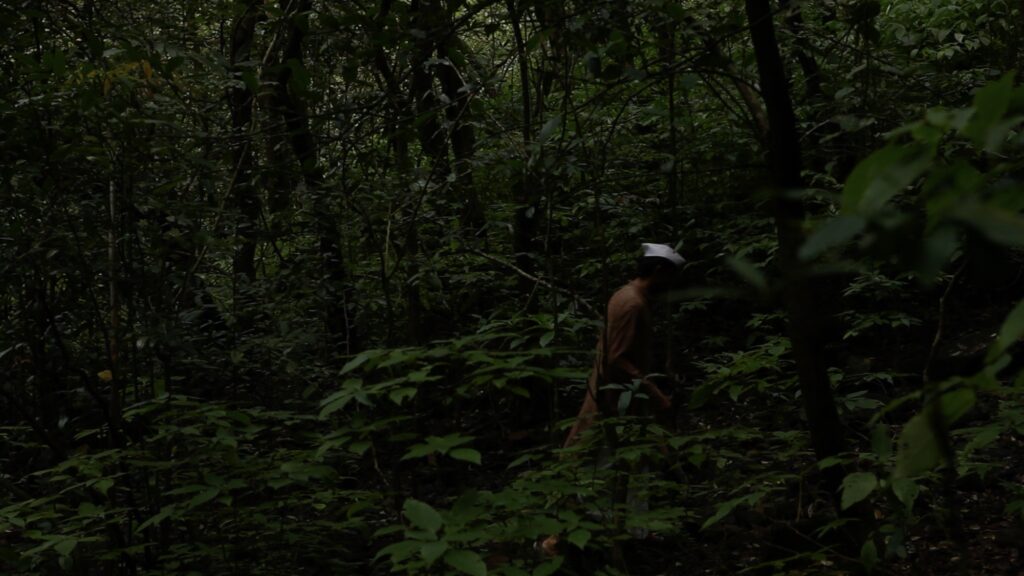 The Last Mango Before The Monsoon

Elliptical sequences combine to form a filmic tone poem: the expanded sense of time during a rural summer dusk; the trudging of two scientists who place cameras in the forest for animal observation; watercolours that float atop the landscape; a woman yearning for her late husband. Ever-present clouds drift above the forest valley and back across a city.

The Last Mango Before the Monsoon has no central character, narrative arc or clear progression. Its scenes are non-linear and flow freely into one another. Rather than being a weakness, this is precisely the film’s strength. The film is perhaps the first clear example in Kapadia’s filmography of how sound can lead the process of image-making, with densely layered aural textures and tones melding together to enhance the vibrancy of environments they are placed overtop of.

The film begins with the image enveloped in darkness, as an old woman eats the titular mango in a barely-visible, dimly-lit living space. But darkness in Kapadia’s films does not play to our typical associations of darkness in cinema (such as menace, terror or the unknown). Paradoxically, some thoughts become more clear in the dark, as the masking of light can be at best a revelation or at the worst barely a hindrance. Captured by the scientists’ video camera, an elephant effortlessly steps over a large tree trunk, its eyes glinting in night vision but its forward momentum unceasing.

So too does the nighttime and darkness induce the woman’s lucid memory of her husband towards the end of the film. In conversation with her daughter, she recalls a scene from the village, just before the monsoon: “He stood at the edge of the forest and called out to me.” Earlier in the film, we saw a man standing in the dark field, and the woman’s invocation of this image provides a linkage—whether in real time, as a memory or as a dream—vaulting the viewer backward to their own memory of the film’s earlier scene. —Herb Shellenberger