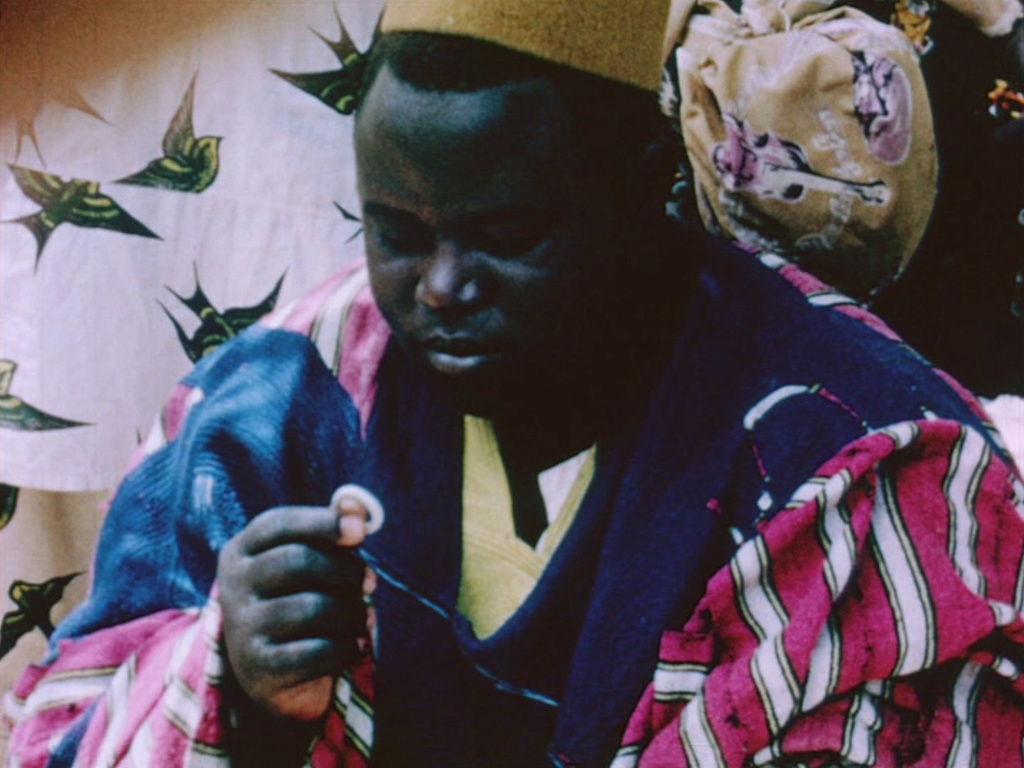 The Ring of King Koda

Moustapha Alassane—a pioneering African filmmaker born in Benin and living in Niger for most of his life—came to cinema with an already-developed flair for storytelling. According to writer Nwachukwu Frank Ukadike, “His extreme talent for drawing and his quest for invention prompted him, before he even knew what cinema was, to organize a one-man exhibition in which he projected his color drawings for his audience by using transparent cellophane wrappers from cigarette packets.”

With the support of the Institut Français

The Ring of King Koda, his second film, adapts a folk legend of the Zarma people, predominantly found in Niger. The cruel King Koda, also known as Koda ‘Black Heart’, decides to test the loyalty a poor village fisherman, the so-called Loi de Dieu (Law of God). He gives Law of God his gold ring, saying that he must keep it for three years. If he keeps the ring, King Koda will cede his kingdom to him; if loses it, he will be killed. The conniving king summons Law of God’s wife Mina, who he tells to steal the ring and return it to him. Though she betrays her husband, Law of God again finds the ring through a twist of fate, moments before he is summoned by the king.

The film’s action is related entirely through voiceover narration by Alassane himself, and Nikolaus Perneczky describes it as “among the earliest attempts to extend oral storytelling traditions practiced among tribal communities… to the medium of film”. Though Alassane’s work took many forms—including diverse forms of narrative, documentary and animation—The Ring of King Koda is an exemplary case of illustrating a folk legend while at the same time keeping the function of the storyteller intact. —Herb Shellenberger