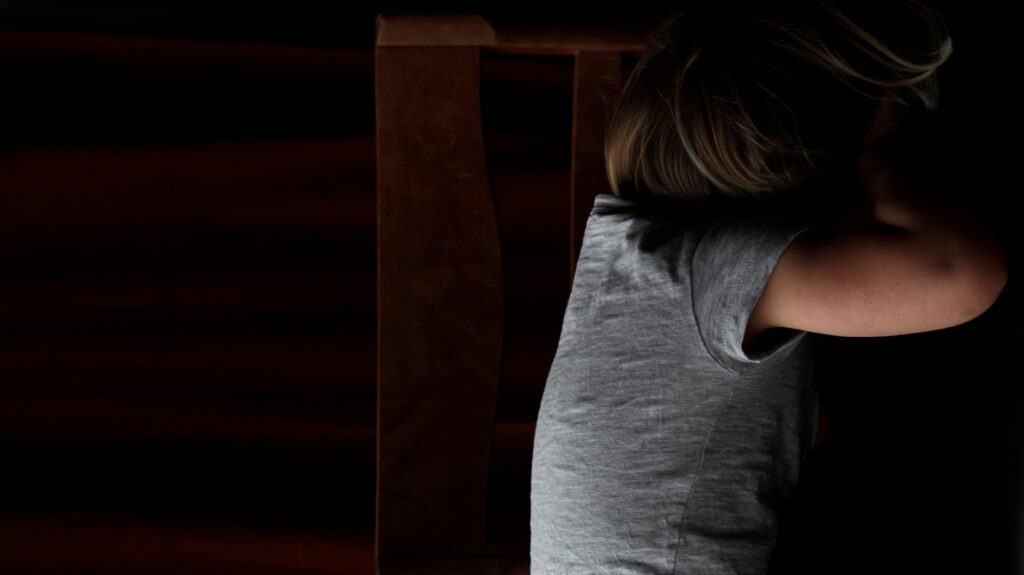 The Zombie Diaries is loosely framed as the testimony of a new mother becoming a zombie. Filmed over two years we see her child age, but her progression is less consistent. With her breakdown in memory and stretched consciousness she speaks elliptically, interrupted by spurts of fantasy and allusion.

With the becoming not-yourself of the new parent, perhaps the zombie here is a body changing form, skin opening to the surrounding environment, the humanist ideal of the individual collapsing. The protagonist speaks with disordered wonder from dark spaces, where the separation between bodies grows indistinct. Her testimony is searching; she finds affinities to the fluidity of digital video and plays with abstraction and transmogrification.

As the endlessly demanding outside drives this dead tired mother to exist beyond and despite herself she wonders whether her extreme exhaustion will push her to the shimmering edge of transcendence with its promise of passing out of one’s own body [and time] into some alter state but then with dead pan humour she blandly dismisses any ecstatic departure from the physical. Spellbound, with disturbed access to her life-force she is seeking other modes of being.