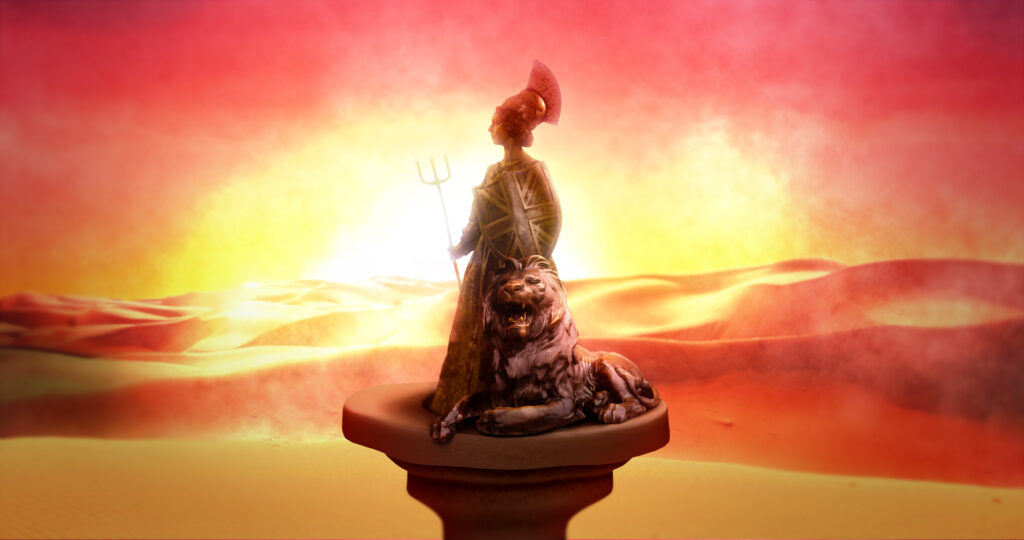 A fantastical portrayal of the ruins of a fallen empire, combining grand narrative with cheap product placement.

Narrated by a statuesque Britannia Goddess, adapting a variety of existing tales, including St George & The Dragon and Tarzan, the film draws from a range of genres, from musical to political, and from sedate period drama to battlefield conflict.

Maclean plays all the characters in the work, miming to a multilingual soundtrack and bedecked in an elaborate combination of prosthetic make-up, historical costume and Union Jack-encrusted tourist tat.

Commissioned for the Margaret Tait Award 2013 in conjunction with Glasgow Film Festival, Creative Scotland and LUX.