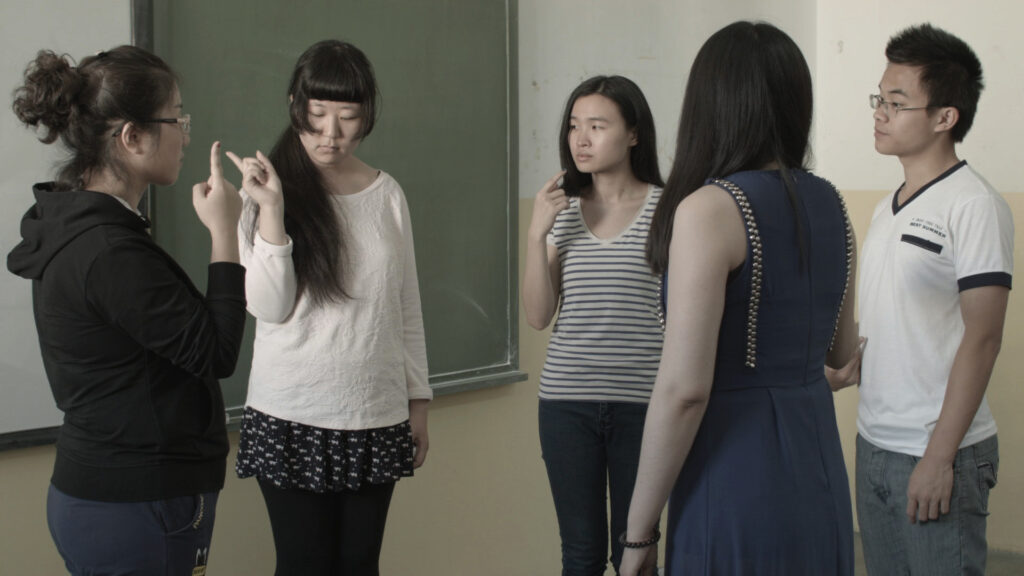 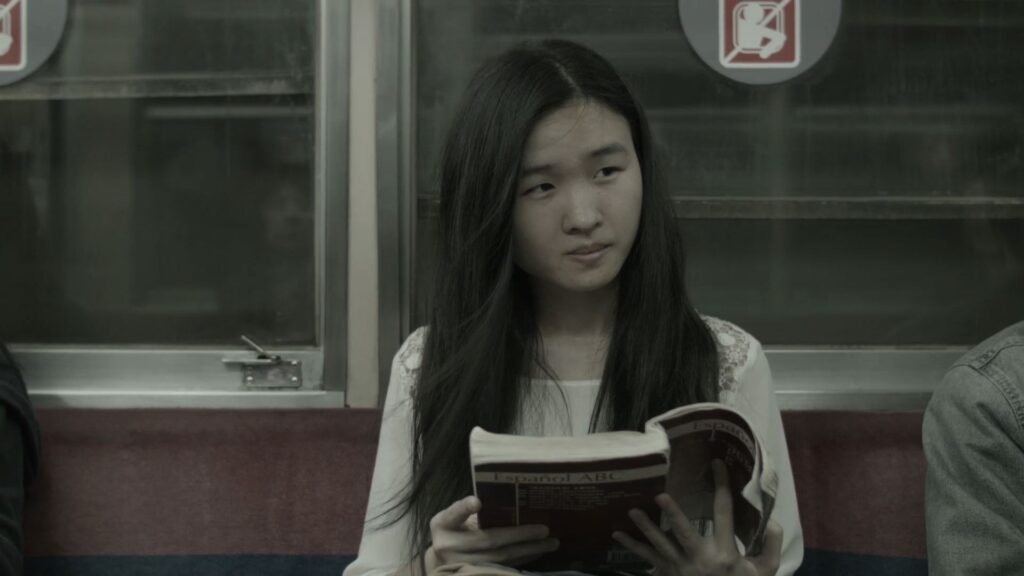 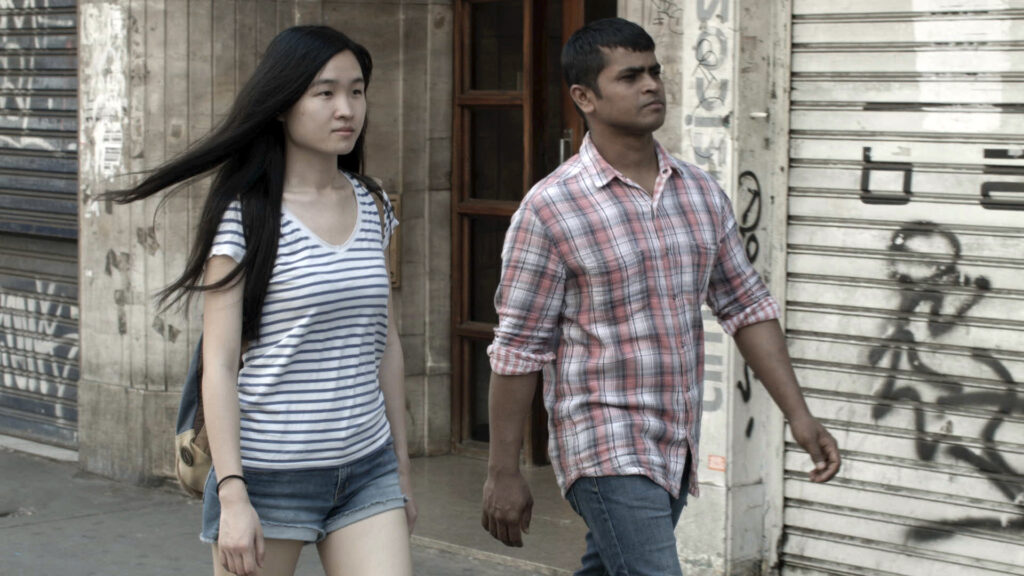 Xiaobin is 17 and unable to speak a word in Spanish when she arrives in Argentina. A few days later, she’s given a new name and a new job at a Chinese supermarket. Her family lives in the parallel universe of their launderette, separated from the Argentineans.

Hiding from her parents, Xiaobin begins saving up for language courses. Whatever she learns in Spanish class, she tries out in real life. After a lesson in ‘setting up an appointment’, she goes on a date with Vijay. She can hardly communicate with him, but they nevertheless begin a secret relationship. After practicing the conditional, the tense of the hypothetical future, her imagination springs into her new life, and Xiaobin begins to think about her future. The better her Spanish gets, the more Xiaobin intervenes in the writing of the film. Her Chinese classmates comment on the proceedings as a chorus, and the film becomes a rehearsal room for Xiaobin’s new life.