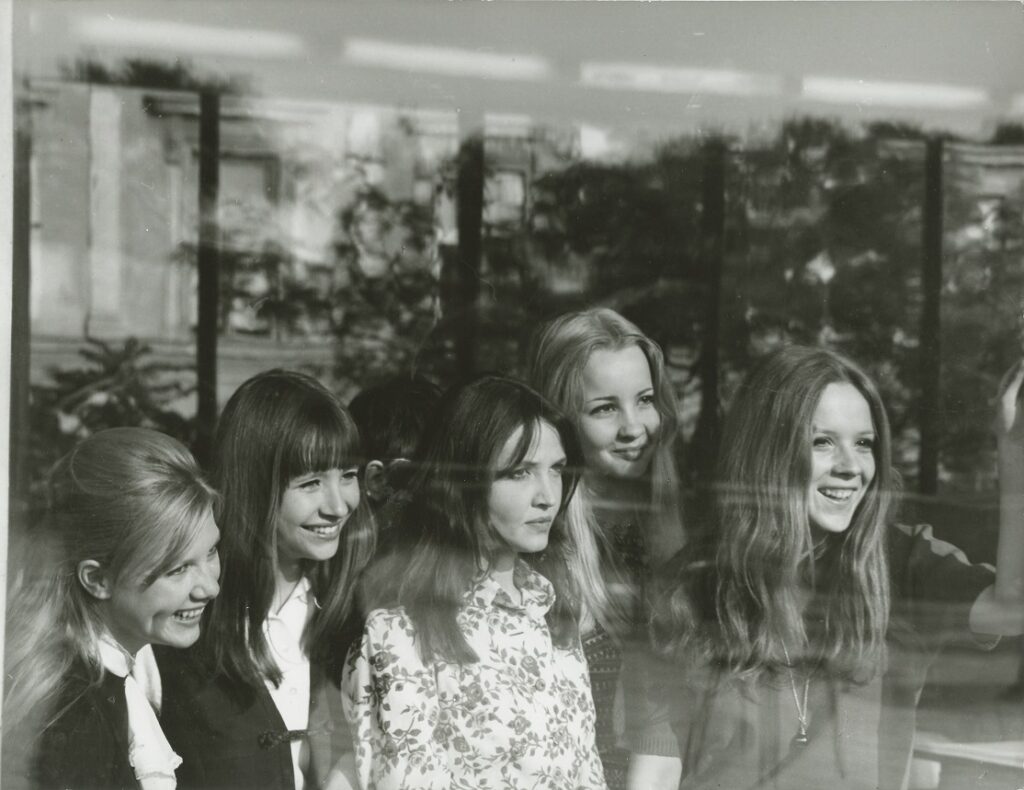 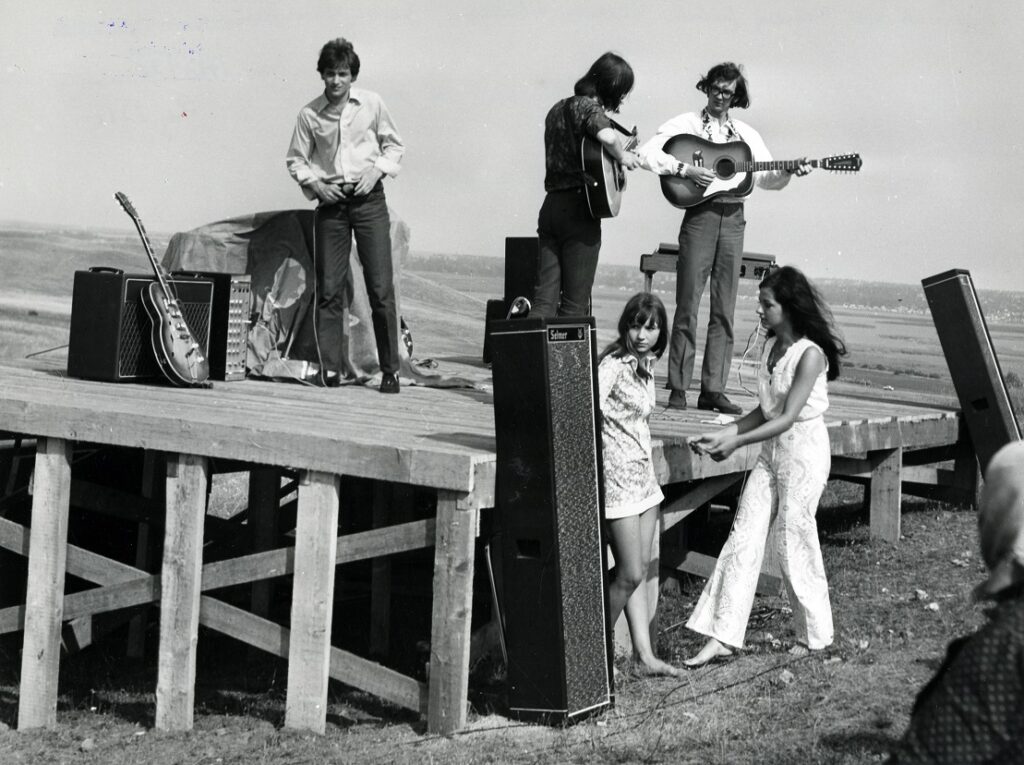 An eccentric gang of young boys and girls hit the streets and bars of Budapest after their monotonous shift in the factory has ended. Living within and out of society, but closed in their private life, they seek intimacy, entertainment and freedom. Despite being already engaged, Juli starts to flirt with a handsome musician, who takes the girl along with the band for a gig in the countryside. When the fiancé and his furious friends also turn up, Juli has to make her own decision.

In the form of a gentle Beat ballad, Don’t Cry, Pretty Girls! depicts the depressive atmosphere of the Eastern Block in the post-1968 era. The songs played by Metro, Kex and Syrius—legendary Hungarian Beat bands of the time—became very popular after the release of the film. While the camera work focuses closely on faces, music is the factor that creates situations around the players. Lyrics, poems and performative gestures provide not just entertainment, they also open another, intellectual dimension of the story. The captivating travelling shots by János Kende—who was also the cinematographer for countless iconic Miklós Jancsó movies—are as fluid and full of emotions as the music itself. The 15-year-old Czechoslovakian leading actress Jaroslava Schallerová is joined by important figures from the Hungarian underground counterculture, thus also making the film unique as a socio-historical document.

Don’t Cry Pretty Girls! centres around questions of personal freedom, and more specifically, freedom of choice in love. The story follows a girl who is speechless and defenceless, but extremely strong at the same time. In this film, Mészáros depicts her favourite topic: the female experience, and from the point of view of youth. The mood of a generation is reflected in the delicate style of black and white lyrical realism which immediately grabs the viewer and lingers with them. —Janka Barkóczi

Márta Mészáros was born in Budapest in 1931. Her father, the avant-garde sculptor László Mészáros, moved the family to Kirgizia whilst fleeing fascism where, on the outbreak of World War II, he fell victim to Stalin’s purges. Her mother also died. She was placed in a Soviet orphanage and only returned to Hungary after the war. Between 1954-56 she studied at the film academy in Moscow and until 1968 she made Romanian and Hungarian documentaries. These autobiographical motifs inspired the Diary series that garnered considerable international acclaim. She has directed feature films since 1968. From her very first full-length film, The Girl through to Don’t Cry, Pretty Girls!, Riddance, Adoption, Nine Months, and The Two of Them, Mészáros depicts—in a non-judgemental way and with puritanical unaffectedness—the process whereby something great and simple happens in the life and relations of her self-aware, seeking-rebellious female protagonists, forcing them to make decisions. These films were instant international hits. In 1975 Mészáros won a Golden Bear at the Berlinale for Adoption, awarded to both a female and Hungarian director for the very first time in the history of the Berlinale. Nine Months took an OCIC prize at the Berlinale and a FIPRESCI prize at Cannes in 1977. This opened the wayfor international co-productions, and these films by Mészáros differ from those of the ‘Budapest School’ that developed in parallel with her career. The Heiresses, made in a co-production, reveals a historical background behind remarkable love triangle relationships. Then came the Diary tetralogy, of which the first, Diary for My Children, won the Grand Prix Speciale du Jury at Cannes (1984). Mészáros, with 30 feature films and numerous documentaries to her name, also made a movie entitled Unburied Man (2004) about Imre Nagy, the leading figure of the 1956 Hungarian Revolution. Her latest film, Aurora Borealis (2017), recognized with several international awards, looks back to the Soviet occupation of Vienna through an unusual mother-daughter fate.