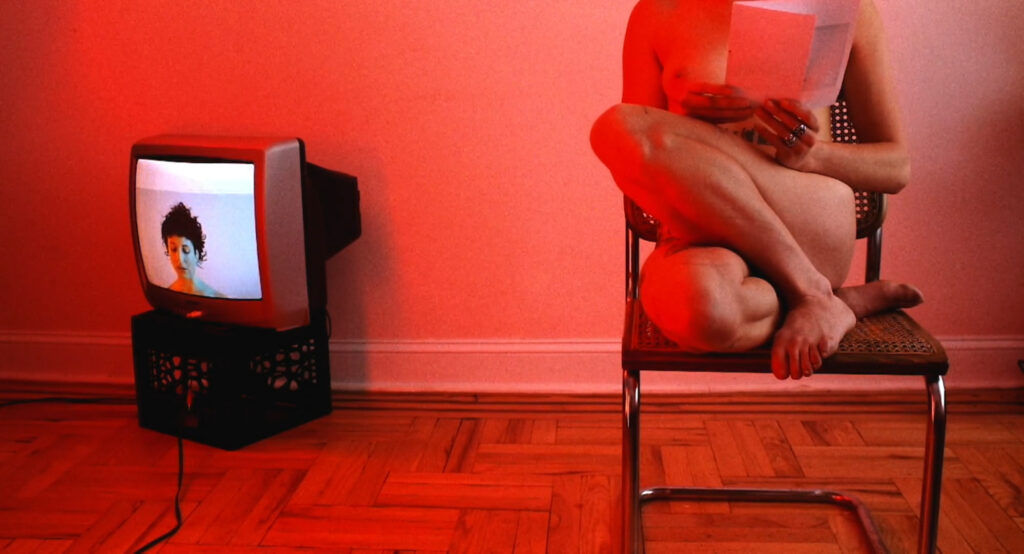 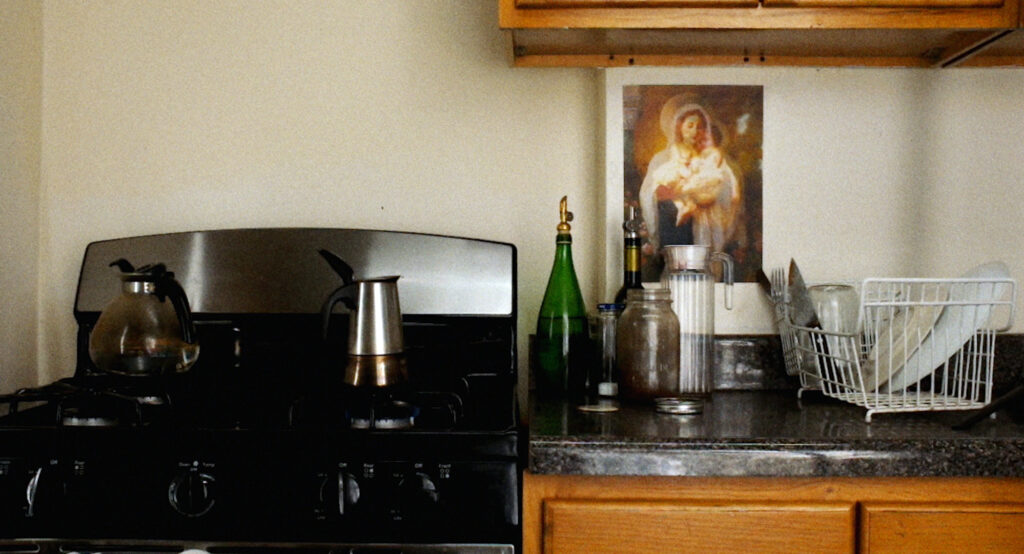 An auto-fiction under the eyes of a female Christ, a marriage as a step into the forbidden land of the holy, a lesbian poem in the language of the divine, a paean to the color red, the world’s slowest rave. —Jessica Dunn Rovinelli

Domesticity, intimacy, togetherness, performativity, nakedness, eroticism and sex have been faithful and constant presences in all of Jessica Dunn Rovinelli’s films, and this one is no exception. Best known for her Brooklyn-set feature So Pretty (2019), Rovinelli’s third short Marriage Story is an ode to the ecstatic energy that connects two souls and bodies in love.

Filmed digitally, intended to be screened on 35mm, and composed of three distinct parts taking place under the same roof, Marriage Story places a naked couple at the center of its stripped and poetic plot. The pair is the filmmaker herself and her partner, Anika Kash. They offer their bodies to each other and to the camera to embody a morning ritual, an act of pleasure, and a poetic performance. Powered by the robust energy of an introductory and concluding techno track, and by the sensuality of pulsating movements of the colour red, the film culminates in an earnest recitation of a poem written and voiced by Kash herself.

That a powerful and meaningful piece of cinema can be crafted solely by making use of a camera, a flat, a coffee maker, two queer souls and words of passion is of no surprise to anyone, but it sure is a remarkable and moving gift to receive from Jessica Dunn Rovinelli. Barbara Hammer would surely approve of it. —Ana David

Jessica Dunn Rovinelli (1988) is a film director, editor, colourist and critic based in New York. Her second feature film So Pretty (2019), a literary translation/transposition focusing on gender and the utopian imagination, was screened at numerous international film festivals including Berlinale, IndieLisboa and Anthology Film Archives (New York) and awarded Best International Feature from FIC Valdivia. Her first feature, the performative documentary Empathy (2016), premiered at FID Marseille and follows a heroin-addicted escort across the USA. Rovinelli is also a recipient of the Development Funding Award from Centre national des arts plastiques (Paris) and New York Foundation for the Arts. In 2019, she was selected as one of Filmmaker Magazine’s 25 New Faces of Independent Film.