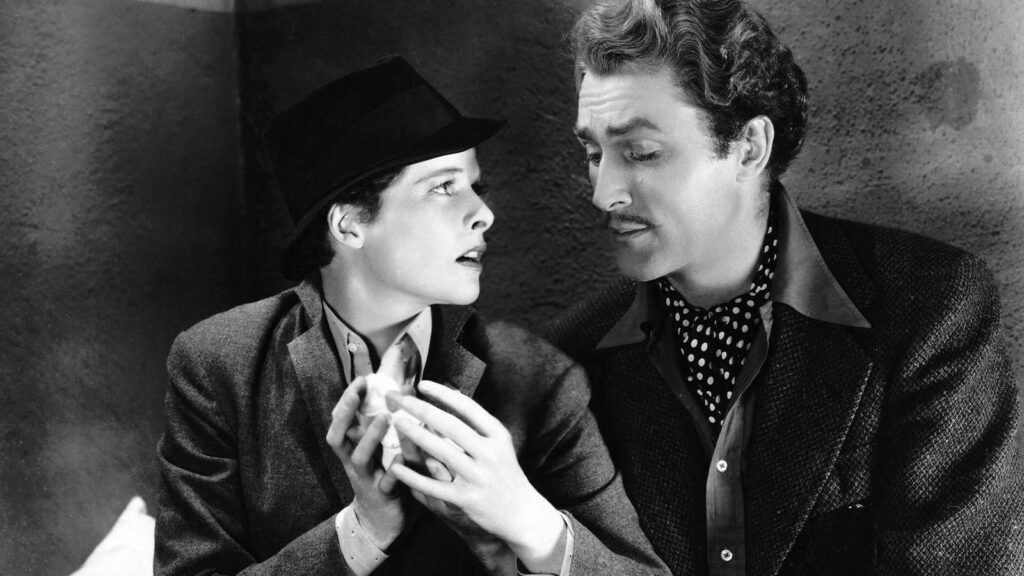 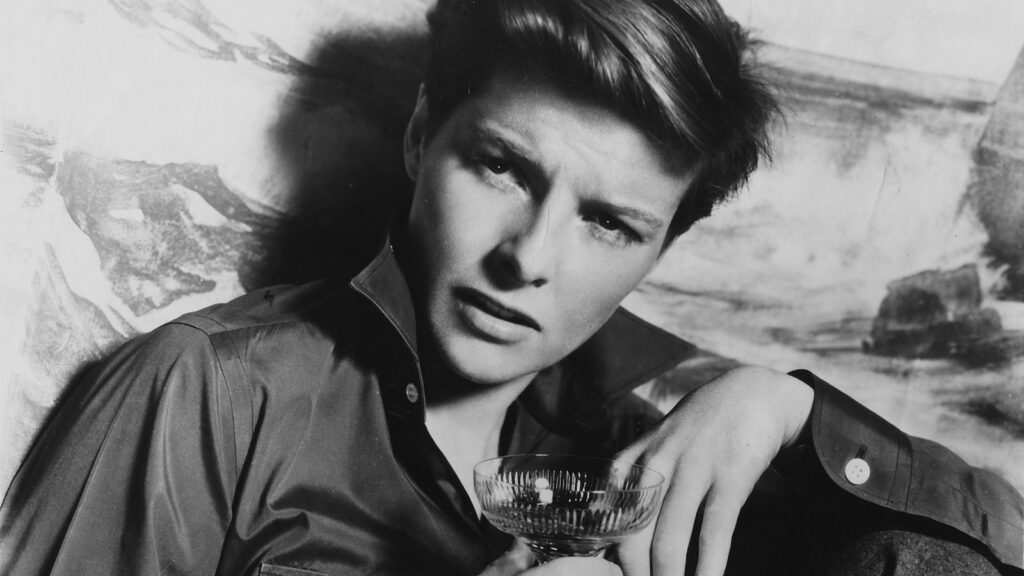 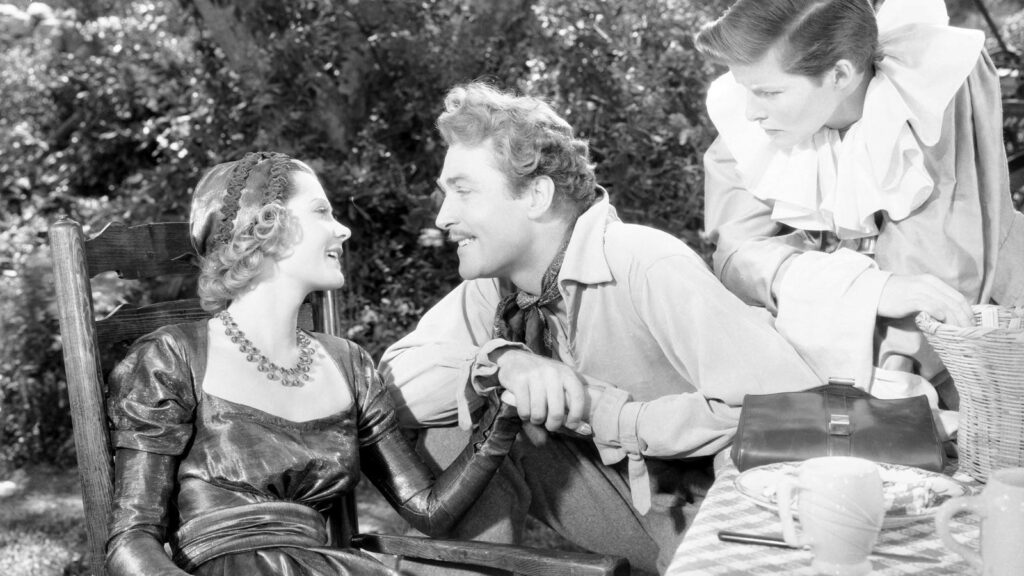 Condemned by the Legion of Decency and a disappointment at the box office, Sylvia Scarlett was revived decades later and now enjoys a reputation as one of the highlights of Cukor’s impressive filmography. In a scheme to help her embezzling bookkeeper father escape Marseilles for London, young Sylvia (Katharine Hepburn) cuts her hair, dons a fedora, and changes her name to Sylvester. En route, they encounter a ‘gentleman adventurer’ (Cary Grant, at his most louche) and together the trio starts grifting, though Sylvester proves too high-minded for the criminal life. Cukor’s sexuality sometimes found a subterranean expression in his pictures, and this is nowhere more apparent than in Sylvia Scarlett, a gender-bending picaresque tale in which the terms of erotic identification are constantly, cleverly evolving, for the cast and audience alike. ‘I know what it is,’ one character memorably declares to Sylvester, ‘that gives me a queer feeling when I look at you.’