The Pittsburgh Years is an audio and transcription archive that has slowly developed over a period of 20 years or so. The archive is a collection of voice recordings from messages left on my answering machine by outspoken and charismatic Pittsburgh native, artist and poet, Natalka Voslakov (1952-2011).

Like Andy Warhol before her, Natalka’s art form was talking, and she would use the phone as an excuse to expound on a wide range of topics, knowing Ahwesh would save the messages, which she did dutifully from 1990-2010. The archive includes quotidian speech acts, confessions, rants, gossip sessions, philosophical diatribes, political opinion, etc and as a whole are a valuable record of an individual subjective voice- now a historical voice- someone who experienced life in a particular time and place. The Pittsburgh Years as audio and transcription, proposes an experiment in the aesthetics of listening and to honour memory in a legacy project.

Radio Guitar is an experiment of fantastic music and noise utilizing radio sound and electric guitar as realized by artists Peggy Ahwesh and Barbara Ess respectively. 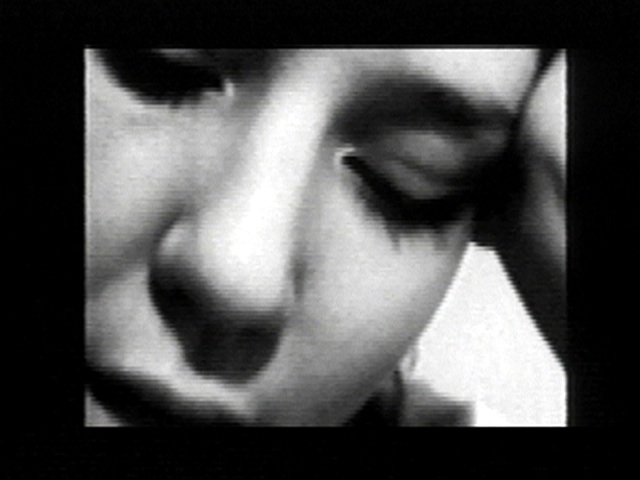 A quartet of crack addicts, absorbed by their life of pure sensation, are holed up inside while the world outside is about to explode.

‘Strange Weather is about a moment when the roar of the elements becomes an imperceptible din and all belief is suspended. Jan, a paranoid, upper-class pipedreamer; Centipede, a sexually tepid rockhound; and Patty, strung-out on fantasies of the good life, comprise a stuporous enclave, protecting themselves against elemental moral decay from without. But storm warnings on the tube augur a fearsome change. Shot in Pixelvision, Peggy Ahwesh’s tainted soap opera is by visual definition a small world. Minute details—a smoldering cigarette, the grout between tiles, particles of kitty litter—are rendered large but with anemic resolution as though the characters’ surroundings have prominence but no meaning. In Strange Weather, Florida is anything but a picture postcard.’ —Steve Seid, Ex Post-Factory: After Warhol (Berkeley: Pacific Film Archive, 1994)