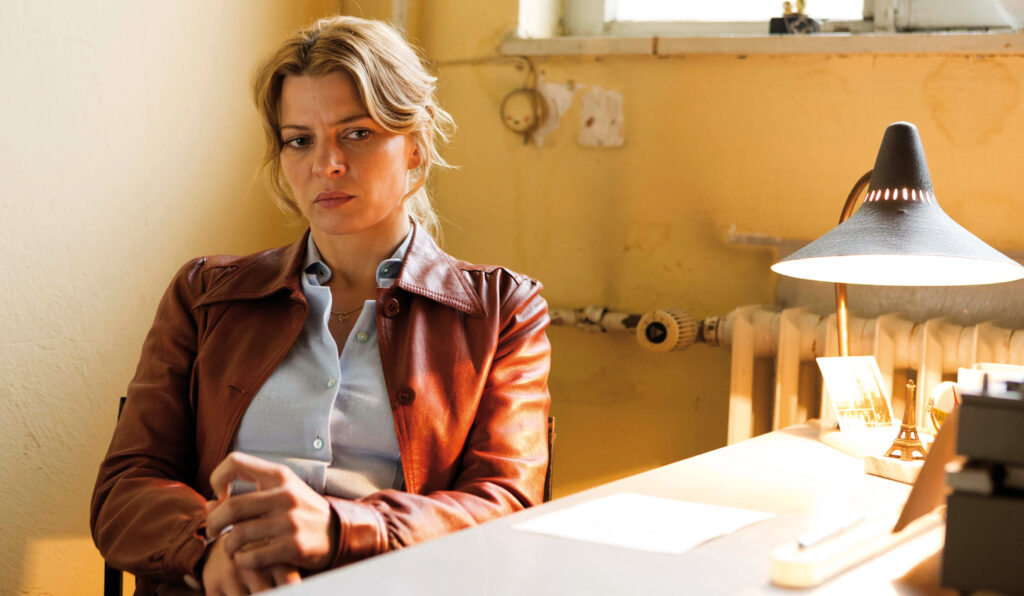 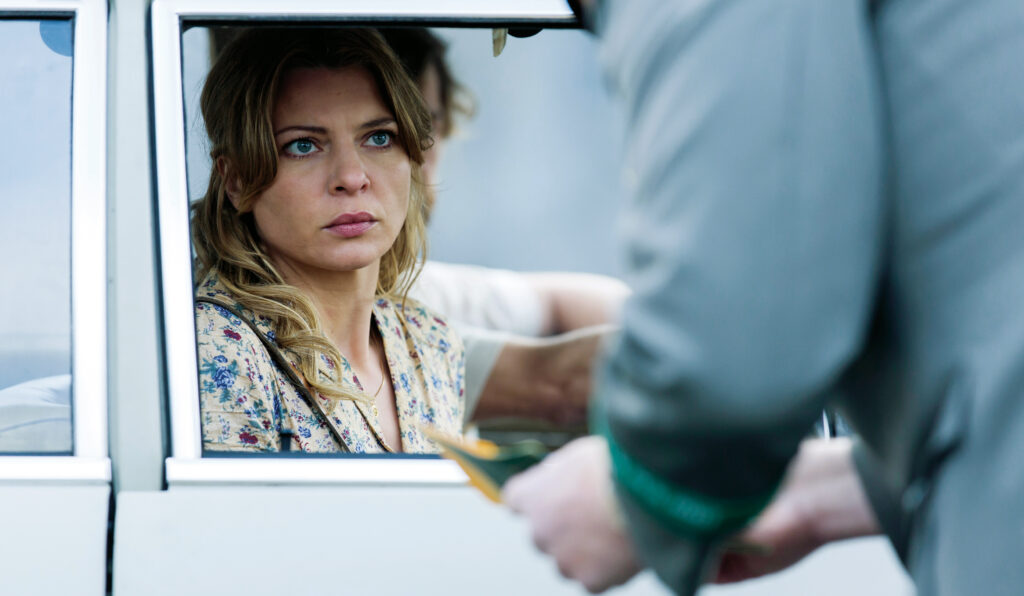 Two suitcases, a schoolbag, a cuddly toy – that’s all Nelly Senff and her son Alexej take with them to start their new life in the West.

Set in East Germany, in the late ‘70s, three years after her partner Wassilij’s apparent death by car accident, Nelly decides to escape from behind the Berlin Wall, leaving her traumatic memories behind. Pretending to marry a West German, she and her son cross the border.

Away from the GDR, and on the other side of the Wall, Nelly hopes to make a new start, taking shelter at the cramped Emergency Refugee Centre along with her son and other emigrants, each awaiting the necessary stamps of approval to pass through the other side. But soon her past starts to haunt her as the Allied Secret Service begins to question Wassilij’s mysterious disappearance.

Is he still alive? Was he a spy? Plagued by her past and fraught with paranoia, Nelly is forced to choose between discovering the truth about her former lover and her hopes for a better tomorrow.

Played by Jordis Triebel in an award-winning strong performance, the character of Nelly and the story of West come from Julia Franck’s semi-autobiographical novel Lagerfeuer, a tale which was adapted by director Christian Schwochow together with his mother Heide Schwochow, who again added their personal experience to the screenplay.